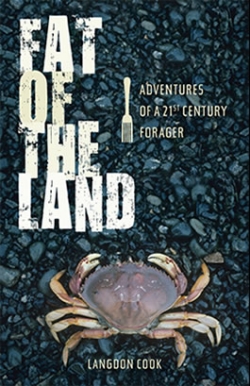 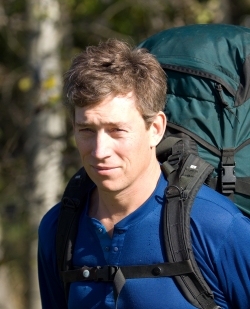 It will be twenty years this autumn that Langdon Cook entered the masters program in creative writing at the University of Washington. The M.F.A. at UW brought Cook to the Pacific Northwest for the first time. It was the beginning of an unlikely chain of events that would include jobs in both the howling wilderness and the New Economy and lead to a highly acclaimed book about the joys of slow food. I’ve had a front row seat all along—as a fellow classmate and wife.

A tip from one of his professors led to a life-changing event: Cook took a year off from the program as the winner of PEN Northwest’s Wilderness Writing Residency. He moved to Oregon’s Rogue River Canyon and discovered a passion for the wilderness. “I didn’t know it at the time, but this would become my subject- matter as a writer,” he says. His chores included trail and road maintenance and felling trees. He fished for salmon and steelhead, and picked wild blackberries to can his first jam.

Cook returned to Seattle the following year to finish his master’s degree, but the wilderness stayed with him. He took an editorial job at the fledgling Amazon.com in 1997, all the while wondering how he could get back to the woods. In 1999, we married, and five years later, now parents to a 3-year old son, we returned as a family to the Rogue River Canyon. This time I was the writer-resident.

When we returned to Seattle he transformed his notes from that year into the essays that would become Fat of the Land: Adventures of a 21st Century Forager, a book that follows the seasons as it unfolds tales about squid jigging, mushroom hunting, and greeting bears in the huckleberry patch. Cook realized he could use the novelist’s toolkit to write narrative nonfiction in a compelling manner. The book gathers quirky characters (including other UW grads) and uses storytelling techniques to champion the outdoors, wild foods, and foraging.

Cook is now in demand as a speaker and lecturer. He’s been profiled in Bon Appetit, Whole Living, and Salon.com. He conducts writing workshops, leads field trips, and is at work on his second book. Not bad for a guy who doubted he’d ever put his M.F.A. to work.