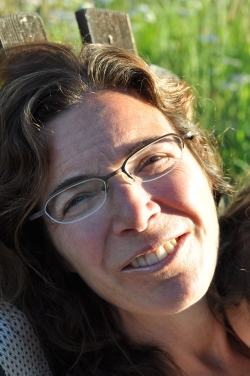 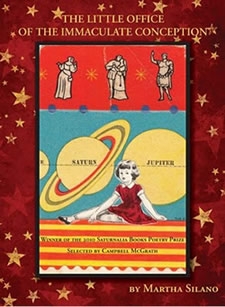 There’s a joke in our family about my wife, Martha Silano, mother of two, author, blogger, assistant editor, manuscript consultant, elementary school volunteer, outdoors enthusiast, and full-time college instructor. People ask me, So when does she write poetry? “At red lights,” I say.

Funny but true. Martha does often get inspired on her daily commutes to and from Bellevue College, where she teaches composition and creative writing. She’ll scratch out notes in a faculty parking lot, jot down a bit of verse while pulled over on the shoulder, or even text herself an image or two between lights.

Since graduating with her M.F.A. in 1993, Martha has worked at several community colleges around Puget Sound. While helping students figure out where the comma goes and how to think critically, she has also managed to publish three collections of poetry, including What the Truth Tastes Like (Nightshade Books, 1999), Blue Positive (Steel Toe Books, 2006), and this year’s winner of the Saturnalia Poetry Prize, The Little Office of the Immaculate Conception.

The busier she gets, it seems, the more productive her poetic output. Martha publishes in top-drawer journals, and her work has also been widely anthologized. Last year she was included in the annual Best American Poetry series and one of her poems was part of Starting Today, a collection of poetry to mark the first 100 days of the Obama presidency.

I first met Martha in 1992 at UW, where we found ourselves seated together in a literary theory class. She admitted she had wanted to be a poet since junior high but didn’t take a workshop until she was 25. By the time she got her M.F.A. from UW, Martha was on her way to honing a distinctive voice (one reviewer cites Martha as part of the “Ultra Talk” school of poetry, which is characterized by its word-play, use of vernacular and kinetic pacing). She’s been teaching others the joys of self-expression ever since, and miraculously finding a few spare moments for herself—even if that room of her own is sometimes a Subaru Outback.