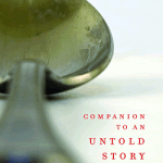 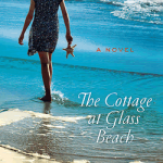 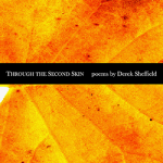 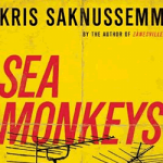 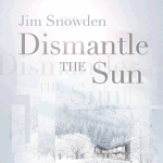 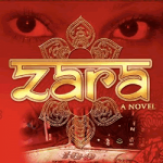 Marcia Aldrich (PhD ’87) is Professor of English at Michigan State University. Her book Companion toAn Untold Story was selected by Susan Orlean for the AWP Award in Creative Nonfiction (U Georgia P).

Gloria D. Campbell (BA ’76, MAT ’77) is president of Sundial Press LLC and has recently had her book,The Fiery Furnace, published. She is also an editor and book coach, helping many writers find their way to publication.

Olivia Conner (MATESOL ’12) was just hired at the University of Colorado-Boulder in a full-time lecturer position.

Jannie (Gustafson) Des Rosiers-Berman (BA ’77) went on to earn an MA in English from the University of Connecticut and taught high school English for four years. In 2005, she earned an MLS and became a teacher/librarian. She writes, “I majored in English at the UW because I loved to read. Now I am nurturing young readers. My two degrees in English exposed me to great literature from many cultures, and I use my English degrees every day.” She lives in West Hartford, CT, with her family.

Irene M. (Hamilton) Herold (BA ’82, MLS ’92) earned her PhD in Managerial Leadership in the Information Professions from Simmons College, May 2012.

Brian Christopher Hardison (BA Honors ’12) began reading for an MPhil in Anglo-Saxon, Norse, and Celtic at the University of Cambridge.

Desiree Hellegers, (PhD ’93) published No Room of Her Own: Women’s Stories of Homelessness, Life, Death, and Resistance (2011). “As a form of social punishment, homelessness is far sterner in many respects than sentences handed out in court for most criminal offenses,” writes Hellegers, Associate Professor of English and founding codirector of the Center for Social and Environmental Justice at WSU Vancouver. The book presents the individual stories of 15 women in Seattle collected over two decades.

Cassandra Hodge (BA English & Social Sciences ’10) has been working for the US Department of Veterans Affairs as a Rating Veterans Service Representative, making decisions on disability claims for Army service members being medically discharged primarily due to injuries sustained while deployed in support of the Iraq War and Afghanistan Conflict. “The English major has been particularly helpful in performing my job. My hard work and dedication to veterans has been recognized by Under Secretary for VA Benefits Allison Hickey.”

Megan Kalmoe (BA with distinction in English & Latin ’06) and Adrienne Martelli (BS Biology ’10) were on the US Olympic quad sculls rowing team and earned a bronze medal in London this past summer.

Irene (Kaufman) Dempsey (MA English ’85, MA Philosophy ’88, teaching certificate ’88) retired from Lake Washington High School in 2003 after teaching for 50 years, primarily English and Theater Arts. Since then, she has continued to teach in alternative high schools, teaching English and math. She currently teaches at Emerson High School in Mount Vernon. She says that her time at UW was “the highlight of my life.” Teachers whom she remembers most for their guidance and encouragement are Raimonda Modiano, Eugene Smith, and Monserrat Alavedra.

Laura Elizabeth Martin (MATESOL ’11) was hired as a full-time, lead ESOL teacher working with international students in the English Language Programs on the University of Washington Seattle Campus.

Hediyeh Mohajerjasbi (BA English & Sociology ’10) is in the second year of law school at Pepperdine University School of Law, specializing in criminal law.

Peter Mountford’s (MFA ’06) novel, A Young Man’s Guide to Late Capitalism, won the 2012 Washington State Book Award in fiction, and he is the new writer-in-residence at the Richard Hugo House, Seattle. His essay “Steal My Book!” was published in the November 2012 issue of The Atlantic Monthly.

Stuart Peterfreund (PhD ’74). After spending this past year as acting chair of the Department of Communication Studies at Northeastern University, he returned to the English Department full time in August. His third scholarly book, Turning Points in Natural Theology from Bacon to Darwin: The Way of the Argument from Design, was published by Palgrave Macmillan in 2012. Much of the research for this book builds on his training in the history of science while on fellowships at Harvard and MIT. His previous books are William Blake in a Newtonian World: Argument as Art and Science (U Oklahoma P, 1998) andShelley among Others: The Play of the Intertext and the Idea of Language (Johns Hopkins UP, 2002). This coming spring, he intends to begin working on his next project, which bears the working titleRomanticism, Remembrance, and Community.

Theresa Ripp (BA ’03) accepted a new job in May 2012 as the Events Manager with Big Brothers Big Sisters of Puget Sound in Seattle.

Lindsay Rose Russell (MA ’08, PhD ’12) is Assistant Professor, Department of English and Center for Writing Studies at the University of Illinois.

Elise (Saba) Stephens (BA English Honors & President’s Medal ’07) published her debut novel,Moonlight and Oranges (Booktrope, 2011), a tale of young love set in modern-day Seattle, loosely based on the Greek myth of Cupid and Psyche. The book was a quarter-finalist for the 2011 Amazon Breakthrough Novel Award.

Kris Saknussemm (MFA ’84) has published nine books, which have been translated into 22 languages. His latest work, Sea Monkeys: A Memory Book, is out now from Counterpoint / Soft Skull Press (http://www.amazon.com/Sea- Monkeys-A-Memory-Book/dp/1593764480). He is also the author of Zanesville, which was nominated for the Philip K. Dick Award and has become a cult classic. His other books include Private Midnight (a bestseller in France and Italy); Enigmatic Pilot; Reverend America; Eat Jellied Eels and Think Distant Thoughts; the short story collection, Sinister Miniatures; an award-winning collection of poems, In the Name of the Father; and a portfolio book of his artwork published in France called The Colors of Compulsion. For more information:www. krissaknussemm.com.

Jeffrey W. Scott (BA ’82) retired in October 2012 after 27 years in marine transportation at Crowley Marine Services in Seattle. He is enjoying his family, grandchildren, music, reading, Husky athletics, and summers with Shakespeare at the Oregon Shakespeare Festival in Ashland, OR.

Derek Sheffield’s (BA ’90, MFA ’99) first book of poems, Through the Second Skin, was published by Orchises Press in January 2013. He was awarded two fellowships in 2012, one from Artist Trust and one from the Sustainable Arts Foundation. He lives outside Leavenworth, WA, with his family and is a professor of English at Wenatchee Valley College.

Jeff Shelley (BA ’79) has been the editorial director for Cybergolf.com since 2000, the largest provider of internet services for the American golf industry. In January 2012, he became president of the First Green Foundation, which he helped create in the mid-1990s. The nonprofit works closely with environmental groups and has brought over 8,000 elementary, middle, and high school students to local golf courses on field trips focusing on the environmental aspects of golf. As part of their science and horticulture classes, they learn about water quality, soil, plants, wildlife and salmon habitat, and stream-bed restoration.

Theodore Brian Siebert (BA ’85) is the author of The Art of Sandcastling (Romar Books) and Sandcastle in a Box (Running Press).

James Snowden (MFA ’04) has a new book out entitled Dismantle the Sun. He did readings in October at Third Place Books in Seattle, and November at Parkplace Books in Kirkland.

Melvin Sterne (BA ’01, MFA UC Davis, PhD Florida State U ’08) moved to a new position as Associate Professor of English at Shantou University, in Shantou, Guangdong, PRC, where he is teaching literature and creative writing. His first novel, Zara, was published by Ink Brush Press and has been well received. He has two more books forthcoming this year. One is a collection of his short stories, and another is an edited collection of stories written by his students when he taught creative writing in Afghanistan.

Kathryn Trueblood (MFA ’90) is the author of The Baby Lottery, which was a Book Sense Pick in 2007, and The Sperm Donor’s Daughter. Most recently, she was awarded the 2013 Goldenberg Prize for Fiction, judged by Jane Smiley and sponsored by The Bellevue Literary Review. In 2012, she won the Red Hen Press Short Story Award and was selected for a grant from the Barbara Deming Memorial Fund, which is the oldest feminist funding agency in the US. Her stories and articles have been published in Poets & Writers Magazine, The Los Angeles Review, The Seattle Weekly,Glimmer Train, and Zyzzyva, among others. An Associate Professor of English at Western Washington University, she lives in Bellingham, WA.

Jill Tsiakilos (BA English ’97 at the age of 19). She attended law school at the University of Arizona, completing her Juris Doctorate in 2003. After law school she served as a law clerk to the Honorable Donn Kessler, Division One of the Arizona Court of Appeals. Since that time, her practice has focused primarily on business organizations, real estate, and estate planning. In October 2011, she founded Tsiakilos Law PLLC. Notwithstanding the many naysayers she encountered over the years who touted their degrees in political science or economics as the quintessential foundation for law, she can unequivocally say that her English studies have played an important role in her career.

Katelyn Roxanne Williams (BA ’11). After spending a little over a year working for Costco Wholesale as a technical writer, she was recently promoted to lead developer of training for Costco’s new accounting systems.