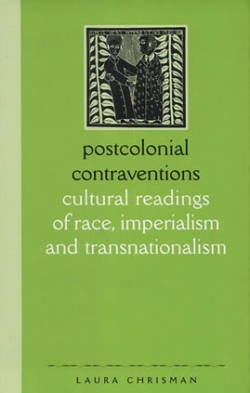 Before attending summer research institutes at Princeton and Rutgers, or acquiring the McNair, Lederman, and the Mary Gates Research Scholarships, English Major Alex Catchings had an experience that set the stage for his scholarly attention to language, literature, and culture: “When I was six, my brash Aunt Melinda said to me, ‘Boy, you know you got a mix I bet I ain’t gonna see again? Black and Filipino. Filinegro.’ This racial designation endures as a witty retort for when people ask, ‘So what are you?’ As a mixedrace member of Generation Z, I’ve often played the role of a familiar stranger, treading liminality in the Philippines as a non-Tagalog speaker and code-switching in Biloxi after a cousin accused me of “talkin’ white.” I struggled to define cultural authenticity and belonging in my adolescence, so when I started at the University of Washington, I advanced my understanding while keeping an eye on my confusing past by studying African American literature.”

Catchings continues: “I remember my father forbidding me from watching comedian Dave Chappelle’s edgy sketch show in 2004. My dad didn’t like the jokes about slavery, but being a fourteen-year-old insurgent, I watched anyway. Eight years later, I built on my subversive viewing practices by undertaking a research project on the role of humor in neoslave narratives. Using Charles Johnson’s 1982 novel, Oxherding Tale, and Paul Bogart’s film Skin Game (1971), I argue that something closer to truth about race relations stirs in America’s ‘post-racial’ subconscious—in its visceral reaction to race humor: unlaughter.”

Mentors have been central to Catchings's scholarly pursuits at the University of Washington. He established his research direction with Habiba Ibrahim and Sonnet Retman after taking classes with them, but his mentorship from Laura Chrisman in 2012 was not forged in a classroom. In fact, Catchings will not have taken a class from Chrisman when he graduates in June of 2013. Chrisman has held the Ketcham Endowment since 2005. Chrisman’s funds support her own research, but have also helped her mentor students like Alex. After learning about Alex’s research from a colleague, Chrisman reached out to him, enlisting him as a research assistant for her current book project exploring Black transnationalism between the United States and South Africa in the early twentieth century. About this experience, Catchings says, “I was able to deeply engage in the research process for a book-length publication, which sparked my interest in archival work. I got to visit the archive at the Schomburg Center for Research in Black Culture in New York when I was at Rutgers for a summer research institute, which allowed me to understand the promise of resources for use in Chrisman’s book and my own future work.”

Chrisman’s endowment also helped support Catchings’ role as editorial assistant for the Black Scholar: Journal of Black Studies and Research. “Through my time with the journal, I have learned how intellectual networks function and how scholarship is shared and peer reviewed. In my role as a social media specialist on this project, I’ve seen the connection between the academy and popular readership. It has been enlightening to see our broad, engaged audience, which makes me consider more critically the way I articulate my research.”

For Chrisman, “Mentoring Alex has been a very fulfilling experience! I’m delighted that my Ketcham Endowment allowed me to provide him with material support along with intellectual guidance. His development has been extraordinary.”

Catchings’ research is in part motivated by his desire to become a good teacher. “The Mary Gates Research Scholarships have deeply influenced my role as an educator. My research project on the neoslave narrative gave me the depth of knowledge on traditional slave narratives that allowed me to contribute to the African American Literary Genres course for which I was an assistant for Sonnet Retman. My second Mary Gates Scholarship allowed me to work on a film analysis project about interracial viewership and the trends for fiscally viable race films. And again, I am assisting, this time for Retman’s African American Film course. My research is giving me knowledge which will make me a stronger teacher when I begin my PhD studies.”

Catchings’ experience demonstrates how broadly influential endowed faculty can become in a student’s life: “Professor Chrisman’s generosity toward me was catalyzed by her endowment, but has manifested itself in rigorous attention to my graduate school applications and hours of advice on navigating a career in the academy.”