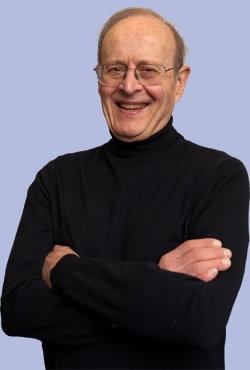 That great and underrated Victorian, Rudyard Kipling, tells us the tale of “The Cat that Walked by Himself.” And a recent cover of the New Yorker (21 Jan. 2013) shows a man who looks to me like a certain Anglo-American poet who edited Kipling’s verse for the 20th century, staff in hand, in the act of “Herding Cats.” Well, English professors are cats who walk, read, and write by themselves. And they don’t gather together very well or agree on much of anything. Imagine being Department Chair! And for three terms!

Yes, Dick Dunn has chaired the English Department for one year shy of three five-year terms, covering the Presidencies of Ronald Reagan, the elder and the younger Bush, first from 1982 to 1992—pause to serve the University as Divisional Dean of Humanities in the College of Arts and Sciences for another five years—and then again as Chair from 2002 to 2006. Service of this duration approaches that of the magisterial Chair, Robert Heilman (1948-1971), whose Life in Letters Dick edited along with another veteran of the Department, Edward Alexander, and Paul Jaussen (U Washington P, 2009). Heilman’s own definition of the task would seem to have guided Dunn. Let the Chair, Heilman wrote, “be prepared for drudgery, and at the same time find, in the machinery amid which he inevitably lives, the devices by which gradually to move affairs in a desirable direction.” (33) And so they did.

Thus Dick Dunn helped to guide and define the Department and the College for twenty of the forty years (1967-2007) that he has served the University. He mastered the three parts of the academic task—service, scholarship, and teaching—by refusing to separate them. His scholarly work in 19th-century studies includes landmark editions of Jane Eyre and Wuthering Heights (both with Norton), an Approach to Teaching Dickens’s David Copperfield (for the MLA), as well as an annotated bibliography of the same great novel. Victorian fiction, at the moment of its energetic generation in the 1840s, would remain the centerpiece for his editions, his many scholarly articles, and his superb teaching of graduates and undergraduates.

I can’t conclude without a word of my own. Dick and I have worked together for more than 40 years, mostly going about our business, doing the journeywork of the trade. And we like to talk it over. We remember our splendid friend and colleague Dick Blessing, who died 30 years ago. Four years ago I was in an automobile that was met head-on by a big, fast, red SUV. It was a Friday afternoon. I had just begun teaching a Victorian course in the summer school. Gary Handwerk, the current Chair, got word that night, and by Saturday morning Dick Dunn came out of retirement to take my place. I was homebound that summer. Dick and Gary both paid regular visits. And when I was unable to walk by myself, Dick walked me up and down the block for exercise, lending a hand when I needed it.