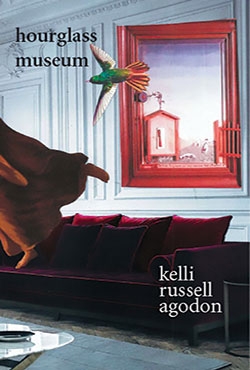 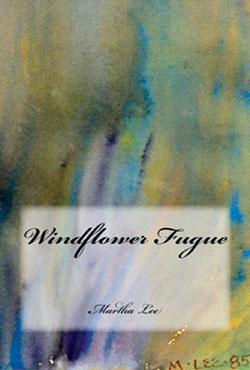 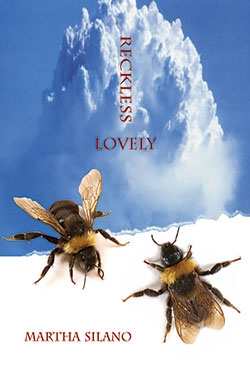 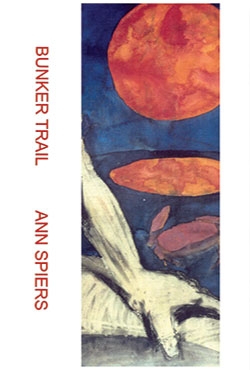 Tom Baisch (BA ’00) and his wife, Lynette, had their second son, Marco Townsend Baisch, this past summer. He joins his older brother, Ruben Thomas Baisch.

Avram Blum (MATESOL ’08) has been awarded a second senior fellowship as an English Language Fellow in Brazil to continue his work at a new institution. As fewer fellowships are being funded and as the requirements for being a senior fellow have been made stricter, Avram is very honored.

Christine Chaney (PhD ’98) is a professor of English and just finished six years as department chair and one year as interim associate dean of the College of Arts and Sciences at Seattle Pacific University. Currently interim director of campus writing at SPU, she is overseeing an overhaul of the entire writing curriculum. She has also been a UW affiliate faculty member for the past few years as part of the UW in the High School outreach program, working to connect local high school teachers and classes more closely with the university.

Brian Christopher Hardison (BA ’12) received the degree of Master of Philosophy in Anglo-Saxon, Norse and Celtic from the University of Cambridge. He has returned to UW as a doctoral student in English Language and Literature.

Karen Kaivola (PhD ’89), who has held the J.O. Edmunds Chair as professor of English at Steson College in Florida, will assume the role of provost at Augsburg College in Minneapolis on July 1.

Jennifer Kanter (BA ’98) currently works as the director of distribution for AMC Networks and IFC Films and lives in Los Angeles, CA.

Martha Lee (BA ’68) also attended the Factory of Visual Art in Seattle. She is currently living on the Long Beach Peninsula on a six-acre ranch in Ocean Park, WA, with her Appaloosa horse, Gypsy. She has completed two novels, most recently Windflower Fugue, published in May 2013, as well as her first novel, Through the Woods, published in 2009. Her other publications include two editions of her poetry chapbook, To the Beach and Other Poems, the first employing her original artwork for its covers.

Priscilla Long, (MFA ’90) has a piece on the Skagit River coming out in Smithsonianmagazine and another on schizophrenia coming out in The American Scholar. Her most recent book is The Writer’s Portable Mentor: A Guide to Art, Craft, and the Writing Life.

Benjamin Donguk Lukoff (BA ’97) was made vice president of the Puget Sound Association of Phi Beta Kappa this summer.

Erin Malone (MFA ’96) is an affiliate associate professor in the English Department. Her poetry collection, Hover, won the Patricia Bibby First Book Award from Tebot Bach Press and will be published in May 2014.

Kathy Morris (BA ’88) is currently the assistant coach for the Thurston-Olympian Swim Club (T.O.S.C.) in Lacey, WA. She earned her MA in English Studies from Western Washington University in June 1991.

Jason H. Morse’s (PhD ’13) areas of study are modern, postmodern, cultural studies, and American literature. He is currently on the job market and working as an AI in the English Department.

RoZanne Nelson (BA ’99) took a position as a software trainer for Executrain of Seattle after graduating from UW. After that office closed, she got a teaching position at BCTI (Business Computer Training Institute), and when that school shut down, she accepted her current position as a software trainer for the Federal Aviation Administration. She has enjoyed the benefits of her English degree and has enjoyed using the skills from her degree in the areas of technical writing and teaching.

Sierra Nelson (MFA ’02 ) is a Seattle-based poet and artist. She is author of the award-winning Take Back the Sponge Cake: A Lyrical Choose-Your-Own-Adventure made with visual artist Loren Erdrich (Rose Metal P, 2012), chapbook In Case of Loss in the anthology Embark (Toadlily P, 2012), and collaborative books Who Are We? with 7-inch record, T.Y.P.O, and 13 Love Poems & One Ugly One, among others. Sierra has co-led UW’s Creative Writing in Rome Program, teaches creative writing at the Richard Hugo House in Seattle, and is a senior writer-in-residence at Seattle Children’s Hospital through Seattle Arts & Lectures’ Writers in the Schools Program. This past autumn, she taught at Friday Harbor for the Marine Biology Quarter. The Seattle Aquarium presented a show of her students' poetry paired with images of marine life. The show has gotten press from as faraway as The Guardian —a powerful testament to arts/sciences interdisciplinary possibilities. Click here to see some of those images.

Matthew Nienow (MFA ’10) was honored to be selected by Poetry magazine and the Poetry Foundation for a 2013 Ruth Lilly Poetry Fellowship along with UW alumnus Hannah Sanghee Park. Among the finalists are other UW folks, including Rich Smith and Jane Wong.

Stuart Peterfreund (PhD ’74) is serving as graduate coordinator of the Northeastern University English Department this year. He has done so several times in the past, as well as serving several times as undergraduate head advisor. He also served as chair from 1991 to 1999, and again in 2003.

Lucas M. Peters (BA ’03) has been a lecturer at Al Akhawayn University in Morocco since 2009, where he teaches English Composition and World Literature. He is currently pursuing his MFA through the low-residency program at Goddard College. His writing has appeared with Creative Nonfiction,Ploughshares, The Newer York, The Pitkin Review, Toska Magazine and various other websites, journals, and magazines. You can find him at www.lucasmpeters.com. He recently married Ms. Amina Lahbabi from Tangier, Morocco.

Disko Praphanchith (BA ’12) has published his first book. His novel,Courage: A Story of Love and Friendship, published in 2013, has already garnered recogntion: The novel was chosen as a ForeWord First Finalist in 2013 for self-published authors, was nominated for an Angie Award for Outstanding Debut Author in Multicultural Romance of 2014, and received Honorable Mention for General Fiction at the Hollywood Book Festival 2013. While Praphanchith continues to look for a literary agent for representation, he is already working on his next set of novels. Purchasing information and reviews for his current novel and work can be found at this site.

Alicia Marie Radford (BA ’10) was hired this year as the operations manager at the Harry Potter Alliance (HPA), a 501c3 nonprofit that takes an out-of-the-box approach to civic engagement by using parallels from popular literature to empower young people to be activists for equality, human rights, and literacy. As the operations manager for a small and dynamic nonprofit where she’s only one of six employees, she has been able to put both the theoretical and practical components of her degree to good use, whether it’s brainstorming how to connectThe Hunger Games to economic inequality issues today, or writing press releases and e-mail marketing. She has had the good fortune of being a professional nerd with her creative thinking and thanks the UW English Department for helping her to get there!

Laura Ann (Palmer) Salish (BA ’07) and her husband own a home in the Broadview neighborhood of Seattle. She’s been employed in health care for the past 3 years as a scheduling program coordinator. She and her husband just happily celebrated their fifth wedding anniversary with a cruise through Alaska’s Tracy Arm Fjord.

Wenonah Sharpe (BA ’81) originally had an RN degree from St. Paul’s Hospital in Vancouver, BC (1947). She moved to Washington state, and married Grant Sharpe. When her ninth child was in first grade, she was able to attend the University of Washington as a returning student. With husband Grant W. Sharpe(PhD Forestry ’56), she wrote and illustrated a series of wildflower guides in the days before color photos could be used. These six guides have now gone out of print, but Umpqua Watersheds plans to reissue an updated version of one of them,101 Wildflowers of Crater Lake National Park, with color photos this time. Grant has passed on, but Wenonah still checks out the wild flowers around Port Angeles, WA. She was honored at the Umpqua Watersheds Banquet at Roseburg, OR, on March 1, 2014. The group hopes to use this publication as a funding source and as a way to raise awareness of their Crater Lake Wilderness Campaign. Now a widow and disabled, Wenonah lives in Port Angeles, to be near daughter Rosemary J. Sharpe(English & BFA Textiles ’88). Rosemary teaches art and music at Five Acres, a private school near Sequim, WA.

Martha Silano (MFA ’93) has been awarded the 2013 Robert and Adele Schiff Poetry Award for her poem “The World,” to be published in the Spring 2014 issue ofThe Cincinnati Review. Editor-in-Chief Don Bogen referred to the poem as “fearless, with an appetite as vast as its subject, and the craft to match.” Silano’s fourth full-length book of poems, Reckless Lovely, has been released by Saturnalia Books. Poems from this collection were previously published in North American Review,Ploughshares, The Cincinnati Review, Kenyon Review Online, and elsewhere. Silano, the newly appointed poetry editor of Crab Creek Review, has taught composition and creative writing at Bellevue College since 1997.

Ann Spiers’s (BA ’68, MA ’77) recent poetry volumes are What Rain Does (Egress Studio) and Bunker Trail (Finishing Line). Poems appear on-line in Fire on her Tongue,A Sense of Place: NW Geospatial Poetry, and Seattle Weekly food blog, Voracious. She serves as the first poet laureate of Vashon Island, WA. She was the student coeditor and cover editor of the first years of The Seattle Review.

Jay Thompson (BA ’04), among other volunteers working in their community, has been profiled by the Seattle Times Pacific NW magazine for a forthcoming story about his two years of work teaching creative writing to women incarcerated in the King County Jail and the unanticipated political work that has come with the job: serving as a voice for inmate concerns to the King County Council. So far, he and his volunteer teachers have helped two of their students publish personal essays inReal Change, Seattle’s newspaper for the poor and homeless, curated an essay contest judged by UW Professor Shawn Wong, lobbied successfully to save women’s education at the King County Jail from being cut, and lobbied successfully to restore $150,000 in funding toward domestic-violence survivor counseling and GED-testing resources for inmates.

Stefan Ulstein (BA ’76) has enjoyed a lively and satisfying career since graduating with a UW English degree in 1976. He has taught high school English and film for thirty years. He teaches a film class at a university, and he has reviewed films for the Seattle Post-Intelligencer, KPLU, and Christianity Today. He has written a couple of modestly successful books. Mostly, though, he appreciates the UW English education; it puts legs on his interest in literature and ideas. It gave him a framework for learning to think productively.

Roni Weiss (BA ’02) was the keynote speaker at the Mossel Bay Travel Festival in South Africa, an event she created in New York City that was inspired by the New York Travel Festival.

Grace Yang (BA ’10) moved to New York City a little more than a year ago. Moving there has been extremely difficult and satisfying, and she is currently happily quitting her first full-time job to pursue something she loves to do and will grow creatively in.

Kim-An Lieberman (BA ’95, CHID ’95).
Kim-An was (among many things) an accomplished teacher and poet. She passed away in December 2013; before her death, she completed her second book of poetry, In Orbit, which was recently released by Blue Begonia Press.