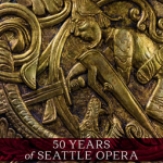 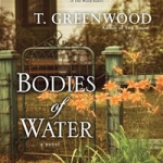 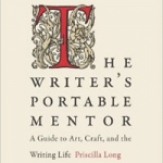 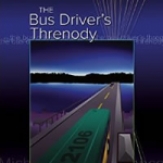 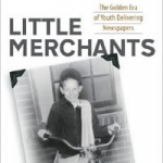 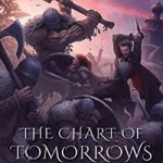 Jenni Baldwin (BA ’04) is in her second year of teaching English at the Upper School at The Overlake School. She was voted Best Teacher of Redmond by the Redmond Reporter and was a four-time finalist in the 2014 Microsoft Office Mix Lessons for Life Contest.

Melinda Lueth Bargreen (BA ’68, MA ’69) is the author of a new book on Seattle Opera’s history: 50 Years of Seattle Opera, published in August, 2014, by Marquand Press. Her doctorate in English was from the University of California at Irvine (1972). She was the music critic of The Seattle Times for 31 years. Melinda is an award-winning composer; she presently is composer in residence for the Seattle-based ensemble Choral Arts (Robert Bode, director), a winner of The American Prize. Her compositions have been performed recently by Seattle Pro Musica and the Seattle Men’s Chorus. Further information is available on her website: www.melindabargreen.com.

Robert Dossett (BA ’13) has been writing his first book, much of which is published on Facebook under the group “Poetry by Robert”. He has been able to offer a great deal of support to many veterans that are suffering from PTSD. His writing earned him a position as an administrator in the facebook group “PTSD Project” so that he can post poems and essays directly to the audience that needs them the most. (https://www.facebook.com/PoetryByRobert), (https://www.facebook.com/groups/2013ptsdproject/)

Chris Featherman’s (PhD ’13) bookDiscourses of Ideology and Identity: Social Media and the Iranian Election Protests will be published by Routledge in 2015. He teaches at Northeastern University in Boston, MA and lives in Cambridge with his wife and son.

Carrie Gerhardt (BA, BS Nursing ’13) began work as a Registered Nurse at the UW Medical Center working on a Medical-Surgical floor with a cardiac emphasis. She really enjoys the challenge! Next summer, she will be moving with her husband to Maryland where he will be starting medical school. She still uses her English close reading skills to discuss and read literature, watch movies and pay close attention to details. She says it comes in handy while working with patients as it is so much easier to feel she can relate to them.

Tammy Greenwood (MFA ’96) currently lives with her husband and two daughters in San Diego, CA where she teaches creative writing at Grossmont College, San Diego Writers, Ink and online for The Writer’s Center. Her eighth novel,Bodies of Water, was published last fall and was a finalist for a Lambda Foundation Literary Award. Her ninth novel, The Forever Bridge, will be published in February, 2015.

Priscilla Long(MFA, ’90) has a book of poems,Crossing Over: Poems, forthcoming from the University of New Mexico Press. She recently had a piece on the Skagit River in Smithsonian, and has poems forthcoming in The Women’s Review of Books and in the Canadian Journal, New Orphic Review. Her how-to-write book is The Writer’s Portable Mentor: A Guide to Art, Craft, and the Writing Life. Her websites are www.priscillalong.com andwww.priscillalong.org.

Laura Martin (MATESOL ’11) has worked full-time, on a quarter-by-quarter basis, with the International English Language Program at UW. As part of her work as an ESOL instructor, Laura also mentors current MATESOL graduate students. Laura is an active member of her local 6486, American Federation of Teachers (AFT), and through collective bargaining, is proud to have recently won the right to be given an annual contract, when she finishes four years of continuous full-time work at UW. She is looking forward to it.

Matthew Moore (BA ’08) is now working as a video game designer for Disney Interactive, where he assembles content and writes dialogue for Marvel superheroes. In his spare time, he creates independent digital and tabletop games. His most recent is Bring Your Own Book, a social game where players search through books for text to take out of context. You can download a free demo atbringyourownbook.com.

Stuart Peterfreund (PhD ’74) continues as English Department Graduate Director at Northeastern. All thanks and fond remembrances to my classmates and the English faculty of so long ago, forty years out from my degree. (s.peterfreund@neu.edu).

Lucas M. Peters (BA ’03) has been a lecturer at Al Akhawayn University in Morocco since 2009 where he teaches World Literature, Moroccan Literature and English Composition. He completed his MFA through Goddard College in 2014. Currently, he is under contract with Avalon Publications to write their first travel guide for Morocco and has been spending his weekends and vacations following The Beats in Tangier, climbing aboard the Marrakech Express and finding some of those out-of-the-way places not really talked up in the other guides. You can find him on Twitter @lucasmpeters.

Daniel Riley (BA ’03) has written a textbook that will be published by Ashgate Publishing in February. It is titled Foundations of Aviation Law. I wish everyone in the English Department a happy new year.

Melissa Sodeman (BA ’99) is associate professor of English at Coe College, where she teaches eighteenth-century and Romantic literature. Her book, Sentimental Memorials: Women and the Novel in Literary History, was just published by Stanford University Press.

Michael Spence(BA ’74) spent thirty years driving public-transit buses for King County Metro, a job from which he retired on Valentine’s Day, 2014. His fourth book of poems, The Bus Driver’s Threnody, which is based on his experiences in that job, was published by Truman State University Press in September 2014. He was also awarded a 2014 Literary Fellowship from Artist Trust of Washington State.

Jay Thompson (BA ’04) is in his fourth year teaching creative writing to women incarcerated at King County Jail, and has taken on work as a political organizer educating white people interested in working against institutional racism as a member of the Coalition of Anti-Racist Whites.

Sandra Walker (BA ’94) is enjoying giving presentations of her narrative nonfiction work,Little Merchants: The Golden Era of Youth Delivering Newspapers. This book started as a pilot study at MOHAI. The oral history project with “silver-haired” paperboys and girls extended from Alaska to Alabama, Maine to California, with the Northwest well represented. She speaks for book clubs, at libraries and service organizations. Active with writing groups, working on a fiction book, Sandra also teaches in Everett for the University of Washington Lifelong Learning Institute. Little Merchants is available at University Book Store, from the website:www.thelittlemerchants.com, or Amazon.

Chris Willrich’s (BA ’89) fantasy novel, The Chart of Tomorrows is scheduled for a July, 2015 publication by Pyr Books. It concludes a sequence begun in The Scroll of Years (2013) and continued in The Silk Map (2014.)

Siamak Vossoughi(BA ’93) is one of the recipients of the Flannery O’Connor Award for Short Fiction this year. His short story collection is called Better Than War and will come out next year. (See the University of Georgia Press announcement for more information.)

Eleanore Barrows & Evelyne Pool (BA ’38) Evelyne Poole and her identical twin sister Eleanore Barrows are remembered, both having recently passed away. They both received their BAs in English in 1938, Law degrees in 1940, and BAs in Law Librarianship in 1941. Evelyne & Eleanore were both members of Phi Delta Delta, womens’ legal honorary society. After the deaths of their spouses, the twins purchased a house together in Seattle, where they spent their last 20-plus years traveling and being each other’s best friend. — See more in theirSeattle Times obituary.