The Research Page on the new English Department web site is a convenient place to learn about the array of books, articles, essays, stories, poems, and other writings that our world-class faculty are busily publishing. We'd particularly like to draw your attention, though, to six books that came out during this past academic year. They showcase the range and diversity of the work underway in our department: you'll find everything from discussions of theater under Elizabeth I to analysis of Afrofuturist science fiction, from inquiry into neighborhood-level efforts to make democracy work to a meditation on photojournalism in time of war. We've made sure to provide links to pages where you can find out more about particular books, including links to video clips where available. 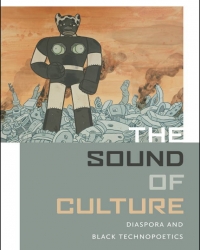 Louis Chude-Sokei, The Sound of Culture: Diaspora and Black Technopoetics (Wesleyan University Press, 2015). Chude-Sokei explores the histories of race and technology in a world made by slavery, colonialism, and industrialization. Beginning in the late nineteenth century and moving through to the twenty-first, the book argues for the dependent nature of those histories. Looking at American, British, and Caribbean literature, it distills a diverse range of subject matter: minstrelsy, Victorian science fiction, cybertheory, and artificial intelligence. All of these facets, he argues, are part of a history in which music has been central to the equation that links blacks and machines. As Chude-Sokei shows, science fiction itself has roots in racial anxieties and he traces those anxieties across two centuries and a range of writers and thinkers—from Samuel Butler, Herman Melville, and Edgar Rice Burroughs to Sigmund Freud, William Gibson, and Donna Haraway, to Norbert Weiner, Sylvia Wynter, and Samuel R. Delany. (View a promo for this book over on Vimeo.) 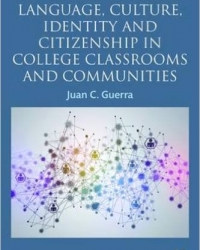 Juan Guerra, Language, Culture, Identity, and Citizenship in College Classrooms and Communities (National Council of Teachers of English, 2015). Guerra examines what takes place in writing classrooms beyond academic analytical and argumentative writing to include forms that engage students in navigating the civic, political, social, and cultural spheres they inhabit. It presents a conceptual framework for imagining how writing instructors can institute campus-wide initiatives like Writing Across Communities that attempt to connect the classroom and the campus to the students’ various communities of belonging, especially students who have been historically underserved. 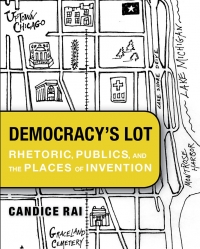 Candice Rai, Democracy's Lot: Rhetoric, Publics, and the Places of Invention (University of Alabama Press, 2016). An incisive exploration of the limitations and possibilities of democratic discourse for resolving conflicts in urban communities. Rai roots her study of democratic politics and publics in a range of urban case studies focused on public art, community policing, and urban development. These studies examine the issues that erupted within an ethnically and economically diverse Chicago neighborhood over conflicting visions for a vacant lot called Wilson Yard. Tracing how residents with disparate agendas organized factions and deployed language, symbols, and other rhetorical devices in the struggle over Wilson Yard’s redevelopment and other contested public spaces, Rai demonstrates that rhetoric is not solely a tool of elite communicators, but rather a framework for understanding the agile communication strategies that are improvised in the rough-and-tumble work of democratic life. 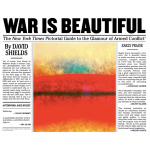 David Shields, War Is Beautiful: The New York Times Pictorial Guide to the Glamor of Armed Conflict (powerHouse Books, 2015). Shields analyzed over a decade’s worth of front-page war photographs from The New York Times and came to a shocking conclusion: the photo-editing process of the “paper of record,” by way of pretty, heroic, and lavishly aesthetic image selection, pulls the wool over the eyes of its readers; Shields forces us to face not only the the media's complicity in dubious and catastrophic military campaigns but our own as well. This powerful media mouthpiece, the mighty Times, far from being a check on governmental power, is in reality a massive amplifier for its dark forces by virtue of the way it aestheticizes warfare. Anyone baffled by the willful American involvement in Iraq and Afghanistan can’t help but see in this book how eagerly and invariably the Times led the way in making the case for these wars through the manipulation of its visuals. Shields forces the reader to weigh the consequences of our own passivity in the face of these images’ opiatic numbing. (View Shields talking about War Is Beautiful over on YouTube.) 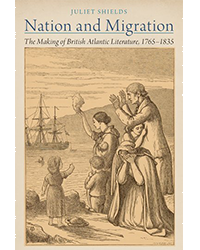 Juliet Shields Nation and Migration: The Making of British Atlantic Literature, 1765-1835 (Oxford University Press, 2015). Shields explores the significant contributions of Scotland, Ireland, and Wales to the development of a British Atlantic literature and culture, moving beyond traditional studies of transatlantic literature that focus on what Stephen Spender has described as the "love-hate relations" between the United States and England. By allowing England to stand in for the British archipelago, she argues, recent literary scholarship has oversimplified the processes through which the new United States differentiated itself culturally from Britain and underestimated the impact of migration on British nation formation during the late eighteenth and early nineteenth centuries. 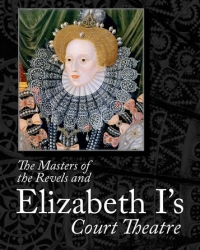 William Streitberger, The Masters of the Revels and Elizabeth I's Court Theatre (Oxford University Press, 2016). Streitberger places the Revels Office and Elizabeth I's court theatre in a pre-modern, patronage and gift-exchange driven-world of centralized power in which hospitality, liberality, and conspicuous display were fundamental aspects of social life. He reconsiders the relationship between the biographies of the Masters and the conduct of their duties, rethinking the organization and development of the Office, re-examining its productions, and exploring its impact on the development of the commercial theatre.