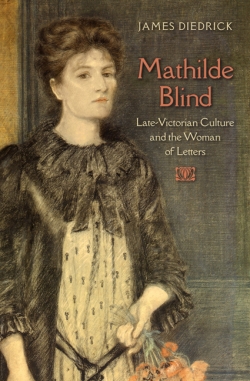 Professor James Diedrick (Ph.D. 1978) of Agnes Scott College has just published a biography Mathilde Blind: Late-Victorian Culture and the Woman of Letters (University of Virginia Press). Dr. Diedrick's Ph.D. in English from the University of Washington carried him first to Chapman University in Southern California, then to Albion College in Michigan, and finally to Agnes Scott College in Atlanta.  While his scholarship has ranged from work on the contemporary British novel (Understanding Martin Amis) to Stanley Kubrick (Depth of Field), he has always maintained his interest in Victorian literature and culture, which recently resulted in Mathilde Blind: Late-Victorian Culture and the Woman of Letters (2016).  Professor Driedrick expresses a special debt of gratitude to four UW English Department Victorianists whose teaching and scholarship helped make this biography possible: Edward Alexander, Richard Dunn, Jacob Korg, and Kathleen Blake.

Chelsea Jennings (MFA 2008; Ph.D. 2014) has won the 2017 Juniper Prize for Poetry, bringing with it the publication of her first book of poems, Transmission Loss, from the University of Massachusetts Press, due out in early 2018.   Jennings is the recipient of a “Discovery”/Boston Review award and annual prizes from december, the Cincinnati Review, and Black Warrior Review. Her poetry has also appeared in such places as Sugar House Review, Madison Review, Mississippi Review, Sycamore Review, Poet Lore, and Best New Poets, and her critical writing about poetry can be found in Contemporary Literature and the Journal of Modern Literature. She currently teaches high school English in Seattle. 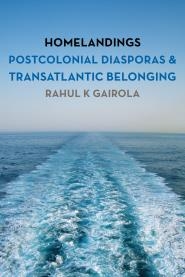 Lucas Peters (BA 2003) published the guidebook Moon Morocco in January 2017 with Avalon Publishing.  Peters lived in Morocco for six years, teaching at Al Akhawayn University. He is now an adjunct at the Sorbonne in Paris, living on the Left Bank with his wife and son.

Heather Arvidson (Ph.D. 2014) won the 2017 Andrew J. Kappel Prize in Literary Criticism for her 2017 article "Numb Modernism: Sentiment and the Intellectual Left in Tess Slesinger’s The Unpossessed" in the journal Twentieth-Century Literature.  A journal of literary criticism, TCL annually selects the year’s submitted work judged “to make the most impressive contribution to the study of 20th century literature.” 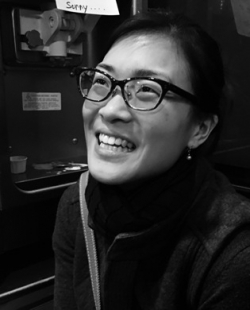 Currently residing in the Bay Area with her husband and daughters, Malhotra, a Kundiman Poetry Fellow and a founding editor of Lantern Review, has been published widely, including in Pacific Literary Review, Greensboro Review, Drunken Boat, Best New Poets, and the Stanford Journal of Asian American Studies.  Malhotra's 2011 Creative Writing MFA thesis, supervised by faculty member Pimone Triplett, is titled In The Quiet After.

Radha Marcum (MFA ’00, Bierds chair, McHugh) published Bloodline, a collection of her poetry.  A poet with keen interest in both the landscape of the physical world and of the mind, Ms. Marcum lives in Colorado where she’s worked as a journalist and editor.  She has taught literature and creative writing in Seattle, Boulder, and Rome, Italy. Poems have appeared in, among others, FIELD, West Branch, Pleiades, Gulf Coast, Chelsea, The Bellingham Review, Poetry Northwest, and Taos Journal of International Poetry and Art.