Alumni Interview / Lucas Peters on Morocco, Paris, and Life as a Travel Scribe 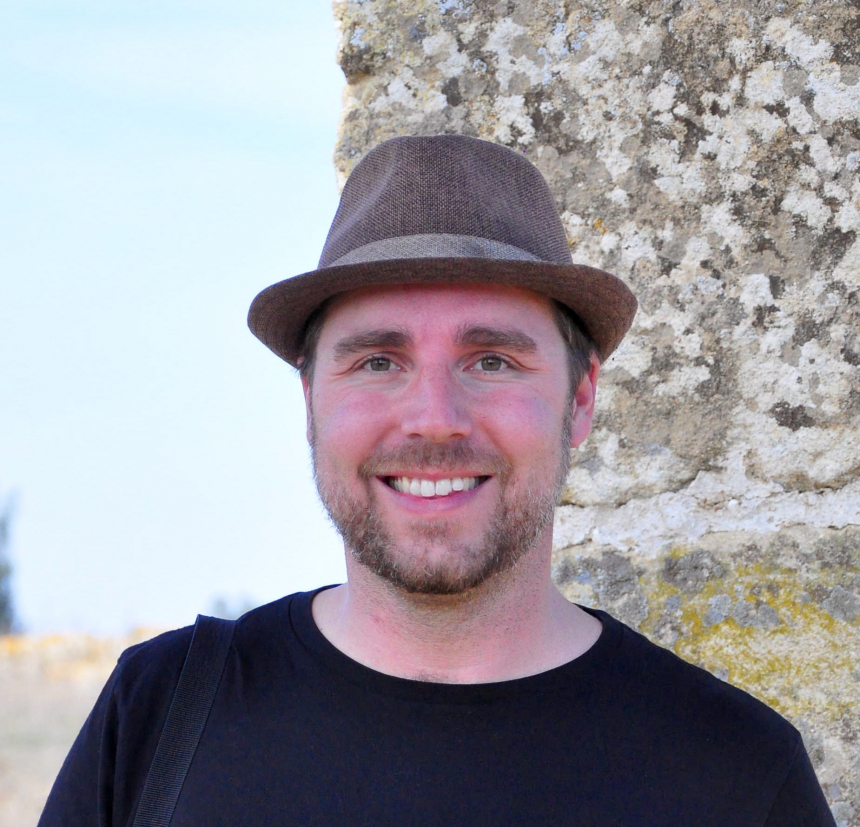 An Introduction to Morocco from Lucas Peters

Award-winning author Lucas M. Peters (BA, '03) recently penned and photographed the Moon Morocco Travel Guide (2017) with Avalon Publishing. His articles, essays, short stories, poems, photos, and videos have appeared in Creative Nonfiction, Ploughshares, Transitions Abroad, The Voyage Report, and various other magazines and websites. He has been a travel consultant for The Travel Channel and is the editor-in-chief of the Journey Beyond Travel web series.

Peters lived in Morocco from 2009 to 2015, where he taught English Composition, Literature, and other courses at Al Akhawayn University. He now lives in Paris with his wife and son where he sometimes adjuncts at the Sorbonne and keeps a dad blog at www.papaparisien.com. You can find him on Facebook, Twitter, and at his local café.

Writing, literature, and travel go hand-in-hand-in-hand, so no wonder many English-types love reading guidebooks.  Excellent guidebooks perform the underappreciated ambassadorial service of making better travelers, and so improve real life cross-cultural encounters.  Peters’ Moon Morocco guide squarely hits that vein; it doesn’t just enumerate beds and meals, but models good global-citizenry and creates informed travellers able to get the most from and bring the most to Moroccan travel. 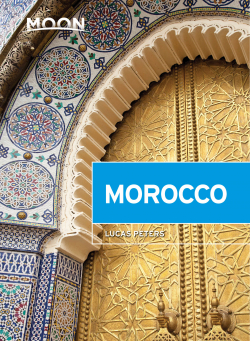 Q: How did you break into travel writing, and what drew you to Morocco in particular?

A: After two years of working as an editor for a wire service in San Francisco with minimal vacation and that crazy Bay Area cost of living, I was miserable. I started applying to university and community college jobs anywhere and everywhere, including a small university tucked into the folds of the Middle Atlas mountains of Morocco, a place I had never been. I was a little nervous taking the job, though the benefits were pretty great — healthcare, a paid-for apartment, four months off a year — and the cost of living was (and still is) pretty low. I didn’t know a single person in the country and I didn’t know a thing about the language or culture. All I knew about Morocco was I loved Moroccan food. I figured that was good enough. So I sold off most of my belongings, packed the rest of my life in a couple of check-in bags, and boarded a flight for Morocco.

This was back in 2009. After a year, I started writing about my experiences in the country, mostly for myself, though I did get a piece published in a series that Ploughshares was running on their blog. It was a short piece on Tangier as a “Literary Borough.” This was the start of my travel writing career.

Q: Currently you live with your wife and young child in Paris, perhaps the city with the greatest history hosting expatriated writers and artists. To what extent is Paris still romance and inspiration for young artists? What’s challenging in Paris nowadays for you and your family?

A: I’ve been asking myself this question about the “romance and inspiration” for artists, both young and old, for years now. I mean, what is it about Paris, you know?

If I was to hazard a guess, I’d say that Paris, perhaps more than any other city in the world (though maybe New York and London are close seconds) is the sort of place that is meant to be experienced. That is, it’s a city that is meant to be lived in, tasted, smelled, rained on, trudged swollen-footed over, its chocolates devoured. There’s a reason why Parisians say lèche-vitrines — the store windows really do ask to be licked.  Each of these experiences are individual and because of that, no two Parises are alike. I suppose that’s maybe where the inspiration comes from.

As for the romance, well, what’s more romantic than a sunset picnic on the banks of the Seine, complete with a perfectly chilled bottle of Bourgogne chardonnay, a hunk of artisanal, black truffle-infused brie and a baguette still warm from the neighborhood boulangerie?

Living overseas presents challenges no matter where you are, some of them are cultural in nature while others are strictly bureaucratic. Luckily, my wife and I are comfortable in French language, French culture, and have a few friends here, so there aren’t too many cultural challenges for us. It’s the bureaucracy that gets us. It seems like every few months I end up wasting a week of my life at some prefecture or bureau trying to clean up some confusing piece of paperwork. I don’t know how the French do it. I’m beginning to think all their vacation time is specifically to deal with the never-ending government-sponsored record keeping.

The other challenges we face are pretty mundane. Who’s going to do the dishes? Whose turn is it to change the diaper? How are we going to pay this bill? What’s the next career move? Stuff like that. And we work hard to achieve a semblance of work/life balance — which we constantly fail at accomplishing.

Q: As a travel writer, in a very real sense you work as an ambassador, mediating between the place you write about and people from different home cultures who might visit. How do you address this responsibility particular to your chosen genre?

A: For me, everything starts as being a responsible traveler. As much as I can, I try to be a respectful, yet curious, visitor. As for writing, I really only write about the places I feel I know really well — France, Spain and Morocco. I’ve spent large swaths of my life in these countries and have friends and family in these places to guide me through the variety of cultural mores. I guess what I’m trying to say is that I feel it’s my responsibility to have a really solid understanding of the culture and language before writing about a place. However, that’s not quite everything. The other big piece of the puzzle for me circles around this idea of connecting people from different corners of the world. Somehow I feel like it’s just a good idea for people to meet people from life paths that differ from their own. This is the only way I have seen the stereotypes people carry with them, whether consciously or unconsciously, really broken down.

Q: What’s the place of art in travel writing?  What aspects of creation and insight are most important in between (or in) descriptions of hotels, transportation, and museums?

A: There came a point in researching my guidebook, as I was taking notes about the hotels I’d stayed in, where I was just out of ideas on how to write a “fresh” description of a hotel room. That’s part of the challenge of travel writing I’ve come to both loath and love. In my experience, the place of art in travel writing derives from this place where you’re really writing within constraints.

Otherwise, travel writing, like any other writing, is a lot of work. There is research, both in life and in literature, as well as tight deadlines, delayed flights, sketchy taxis, stomach bugs, flat tires, crashed computers, communication faux-pas, and a whole host of other misadventures that inevitably happen along the way.

For me, whatever insight I’m lucky enough to encounter has been a product of me sitting down and putting some words on the page. I don’t feel like I really have anything special to relate until I take these thoughts, feelings, and experiences and begin the job of patching them together with words. Maybe then, on a good day, I get a small insight into something and am able to pass that on to somebody else.

Q: You’re well-educated in your chosen craft. Can you credit any of your technique to anyone or anything particular in your time with UW's Creative Writing program?

A: In the Creative Writing program, I was lucky enough to work with David Shields in 2000-01 for two quarters. I learned a lot about concision from him. This is such an incredibly helpful lesson for any writer, even if it’s a lesson I ignore far too often and to my detriment. The other lesson I took away from his class is a little harder to explain.

You see, in the quarters I took his short story classes, he never wanted his students to turn in more than a single page. I’ve always been verbose and “talky,” and this carried over into my fiction. I couldn’t manage to tell a story in a single, double-spaced, 12 point Times New Roman, collegiately-formatted page. I struggled and tried to be as Hemingway-concise, Palahniuk-punchy, McCarthy-minimalist as I could get. I failed and failed and so did most of my classmates.

Finally, about halfway through the quarter, I said “screw it” (I probably used much stronger language) and wrote the story I wanted to tell without worrying about David’s one-page limit. It was a forgettable story and not well written. That isn’t the point. The point is that the story was about 3,000 words and I managed to squeeze it all onto one page. Sure, the page looked something like the footnotes from Infinite Jest, scarcely legible in parts, double-sided, single-spaced, 8 point Helvetica, with maybe a 1/10 of an inch margin all-around, but it was one single piece of paper.

When I turned in that story and David didn’t fail me on the spot, I felt somehow like I learned something about both following and breaking the rules.