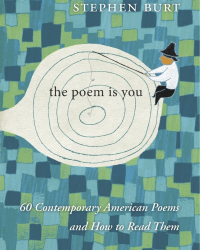 English Department Chair Brian Reed recommends The Poem Is You: 60 Contemporary American Poems and How to Read Them, by Stephen Burt.  “Burt is a first-rate literary critic, and The Poem Is You is perhaps her best book yet, a tour of sixty poems published since 1980. Short essays concisely introduce readers to the wild, weird, and exciting diversity of poetry being written across the United States today. You'll come away feeling smarter and better informed about contemporary verse, and you'll have a new reading list as long as I-80. Note that the book was published under ‘Stephen Burt,’ but she's transgender, and in 2017 she announced that she will henceforward be using female pronouns and publishing under the name Stephanie. We'll also be having Stephanie here in Winter as our inaugural ‘Scheingold Lecturer.’” 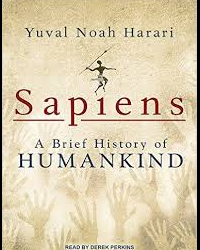 Richard Kenney recommends Sapiens: A Brief History of Humankind, by Yuval Harari. “It’s a vertiginous swoop review of human tenancy on planet Earth, starting with the cognitive revolution some 70,000 years ago and deflected since by a number of other imaginative obtrusions, such as religion, agriculture, and science. Harari knits the whole thing together so featly, and puts so much in such proportionate and lively language—I found the book a joy. It instructs and delights. It’s a convenient size for holiday-wrap. I recommend it unreservedly.” 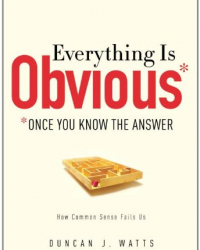 John Webster recommends Everything is Obvious (Once You Know the Answer), by Duncan Watts. “One of the most transformative of the books I've read lately, Everything is Obvious is a little challenging to read but of great interest to anyone who has ever wondered how ‘common sense’ works and why we should be a little more careful about accepting it.” 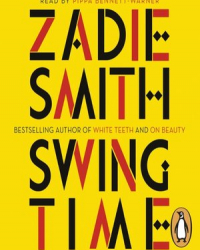 Jessica Burstein recommends Swing Time, by Zadie Smith. “She's one of the smartest English writers (and essayists) we've got. This is about a pair of biracial kids in London and beyond; it's a coming of age novel.  It's time-specific, so au courant, but as the title suggests with its reference to the 1936 Fred Astaire/Ginger Rogers movie, despite appearances things like life, love, and art aren't always black and/or white. I've taught this and it's fun, serious, and troubling.”