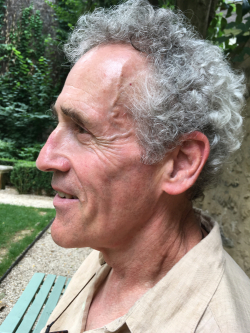 [English Matters thanks Professor Charles LaPorte for penning this retirement tribute to his friend and colleague Professor Joe Butwin. – Ed.]

Professor Joseph Butwin, beloved scholar of Victorian literature and Jewish studies, is retiring after 50(!) years of college teaching -- the past 49 of them here in Seattle at the University of Washington.  (The first was as a graduate student at Harvard.)

Joe was raised in a profoundly bookish household; indeed, his mother owned and ran a bookshop in the neighborhood of the University of Minnesota, which Joe would later attend.  His first course in Victorian literature was taught by the great American poet James Wright.  And he gravitated naturally to literary studies, where his innumerable gifts found room to flourish, before going east for his graduate training.  (Wright trained at UW in the 1950s, coincidentally, so Joe's place in our English department seems foreordained!)

At UW, Joe has been among the most energetic and winning of professors.  "He is eloquent, witty, and personal," writes English junior Sora Hong, "Every lecture was a conversation, and every lesson had rapport."  Joe rewarded students with a passion for history, as well as literature, teaching them to think in historical as well as literary ways.  At one point, he taught a series of graduate courses on individual decades in Victorian literature: the 1840s, the 50s, the 60s, the 70s, the 80s and the 90s.  "I like to think chronologically," he observes, recounting a chance conversation with the English novelist E. M. Forster on a lawn at Kings College, Cambridge. (Forster, born in 1879, was a Victorian for his first twenty-one years.)  "Sitting on that bench with Forster, I thought about how he had personally known his aunt Marianne Thornton, who had herself met King George III.  Our little interview spanned two centuries!"

Joe has also made important contributions to the Jewish Studies Program here at UW, and to Jewish studies in general.  Recently, with the support of the Stroum Center for Jewish Studies and UW Libraries, he has produced an amazing digital archive of his interviews with Spanish Civil War veterans, entitled "Salud y Shalom: American Jews in the Spanish Civil War, 1936-1939."  Please visit the work-in-progress site: https://jewishstudies.washington.edu/american-jews-spanish-civil-war/abo... And in retirement, when not reading Victorian novels, he will work on and continue to publish a memoir about his parents' work as translators of Yiddish, political activists, and book dealers, parts of which have appeared in print already.

Joe's mentor James Wright remains famous for a poem that ends abruptly: "I have wasted my life."  The poem is called "Lying in a Hammock at William Duffy's Farm in Pine Island, Minnesota" and scholars have argued for years about how it ought to be understood: does it imply that one should spend more hours in leisurely contemplation, or fewer?  No one can say definitively.  And Joe might be better suited than anyone to approach this question, for in addition to knowing Wright, he knows the very stretch of the Mississippi River that passes William Duffy's farm.  In other ways, however, Joe is the last person to be able to explain the line.  For, as his thousands of grateful students and dozens of admiring colleagues can confirm, he is a man who has by no means wasted his life.