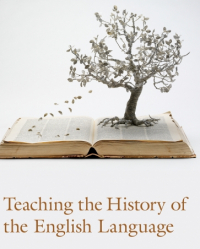 Colette Moore's coedited volume Teaching the History of the English Language was just published in the MLA Options for Teaching series.  From the publisher: “The study of the history of the English language (HEL) encompasses a broad sweep of time and space, reaching back to the fifth century and around the globe…. Instructors face the challenge of fitting this vast subject into one semester of study and the challenge of engaging students with unfamiliar material and techniques. This volume guides instructors in choosing among many possibilities to design an HEL course to match their own interests and institutions.”  Read a brief interview with Dr. Moore and her co-editor Chris C. Palmer on the challenges of teaching this fascinating subject here. 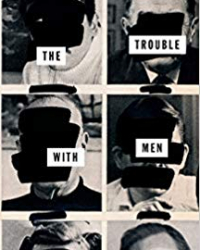 Juliet Shields’ co-edited volume of essays, Migration and Modernities: the state of being stateless, 1750-1850, was published this month by Edinburgh University Press.  “These essays together traverse the globe, revealing the experiences - real or imagined - of eighteenth- and nineteenth-century migrants, from dispossessed Native Americans to soldiers in South America, Turkish refugees to Scottish settlers. They explore the aesthetic and rhetorical frameworks used to represent migrant experiences during a time when imperial expansion and technological developments made the fortunes of some migrants and made exiles out of others. These frameworks continue to influence the narratives we tell ourselves about migration today and were crucial in producing a distinctively modern subjectivity in which mobility and rootlessness have become normative.” 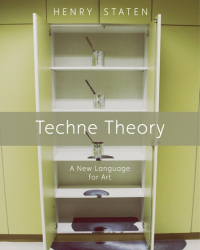 Henry Staten’s Techne Theory: A New Language for Art has just appeared from Bloomsbury Academic: “From the Greeks to the 18th century, art was conceived as techne--the skill and know-how by which things and states of affairs are ordered; in the Romantic period, however, art was re-interpreted as a mysterious quality derived from the ‘genius’ or ‘inspiration’ of the maker, and this notion still befuddles art theory today. Techne Theory shows how to use the concept of techne to cut through this befuddlement by returning to the standpoint of the person who actually knows how to make a work of art.” 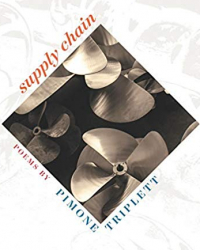 Professor Pimone Triplett’s fourth book is called Supply Chain.  The University of Washington featured Supply Chain in a recent interview: “The poems explore the thinning lines between responsibility and complicity, the tangled ‘supply chain’ that unnervingly connects the domestic to the political, personal memory to social practice, and our age-old familial discords to our new place in the anthropocentric world.  Equal parts celebration and lament for the mechanisms we shape and are shaped by, this is a book of entangled voicings among registers of public and private, the intimate and the historical.” 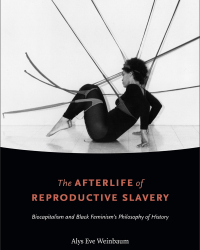 Alys Weinbaum’s new book is titled The Afterlife of Reproductive Slavery: Biocapitalism and Black Feminism’s Philosophy of History.  In it she “investigates the continuing resonances of Atlantic slavery in the cultures and politics of human reproduction that characterize contemporary biocapitalism. As a form of racial capitalism that relies on the commodification of the human reproductive body, biocapitalism is dependent upon what Weinbaum calls the slave episteme—the racial logic that drove four centuries of slave breeding in the Americas and Caribbean. Weinbaum outlines how the slave episteme shapes the practice of reproduction today, especially through use of biotechnology and surrogacy. Engaging with a broad set of texts, from Toni Morrison's Beloved and Octavia Butler's dystopian speculative fiction to black Marxism, histories of slavery, and legal cases involving surrogacy, Weinbaum shows how black feminist contributions from the 1970s, 1980s, and 1990s constitute a powerful philosophy of history—one that provides the means through which to understand how reproductive slavery haunts the present.”

You can read the entire introduction here for free, but after that you pony up.  Or go to the library maybe.  Regardless, it’s a generous preview of a most interesting and thoughtful study.