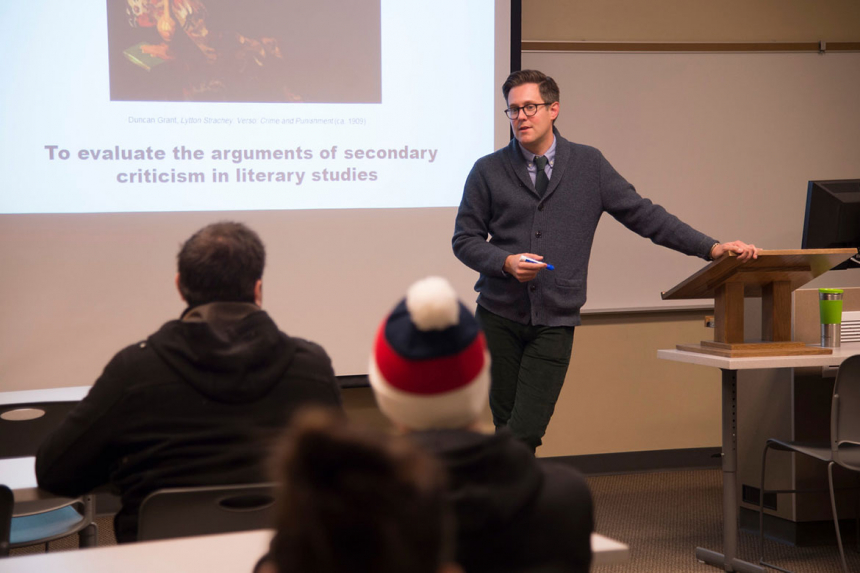 Elizabeth Cooperman (MFA ‘10) recently published The Last Mosaic, with Thomas Walton, editor of the local magazine Page Boy.  Cooperman participated in the CW Rome Program while a student and returned to teach in the 2017 CW Summer Seminar.  She and Thomas Walton shaped their book on the physical and intellectual template of the English Department’s Rome Program, a mosaic shattered and reassembled from readings and meanderings in Rome. The book was blurbed by our own eminent, prolific David Shields.  Paul Constant at the Seattle Review of Books ranks The Last Mosaic as one of the “three nonfiction books that moved me most this year.”

Professor Matthew Levay (PhD ‘09) has received official news that he is a tenured associate professor in the Department of English at Idaho State University. His tenure book, Violent Minds: Modernism and the Criminal, is out this year from Cambridge University Press.   He is at work on his new project: "Time and Again: Twentieth-Century British Fiction and the Form of the Series." Dr. Levay  is also director of Graduate Studies in his department.  Great job Matt; congratulations on tenure!

After three years working for the College of the Environment, Meg Matthews (BA ’04) accepted a position as Associate Director for Strategic Communications in the UW Marketing and Communications Office. Matthews connects her time as a student in the English department with the career success she’s been experiencing: “My academic and extracurricular experiences at the UW were the key that unlocked a world of opportunities, including the honor of being one of the University's first Gates Cambridge Scholars and the ability to build a career that combined my love for language with my interests in environmental and social issues.”   Previous to employment at the University of Washington, Meg worked for impactful non-profits, including the Sierra Club and Shed Aquarium.  Her homecoming continues this trend of applying her talents to work that makes a difference.  “I'm honored to be back at the UW,” says Matthews, “where I can serve an institution whose mission and impact will far outlive me.” 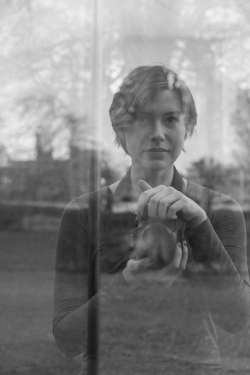 Claire Peckham’s (BA ’15, Creative Writing) interdisciplinary essay “Medium of Disappearance: An Essay About Self-portraiture & Absence in 21 Letters” has been accepted by the peer-reviewed feminist journal Outskirts, for their May 2019 issue.  Peckham completed her Master of Fine Arts at the Ruskin School of Art, Oxford University, in 2018.  Her professional website houses examples of her photographic work, and this 2019 article from UW’s School of Art profiles Claire’s mindful approach to deciding to attend graduate school and selecting the right program for the right reasons.

Lindsay Rose Russell (PhD ’12) has published her first book, Women and Dictionary Making: Gender, Genre, and English Language Lexicography, just out from Cambridge University Press.  Dr. Russell has been promoted to Associate Professor of English at the University of Illinois Urbana, where she teaches an assortment of courses on the English language, including English 396, Profanity, Obscenity and Vulgarity.  In this course title, English Matters sees proof that Dr. Russell is the star of all dinner parties lucky enough to set her a place.  Congratulations on tenure Lindsay!

Whitney Scharer née Bemis (MFA ’04) read from her first novel, The Age of Light, at Elliott Bay Book Company on March 21st. The Age of Light was bid on by 14 publishing houses, and has been a People Pick of the Week and a February Indie Next Selection. From the Publisher’s Weekly starred review: “Scharer’s stellar debut chronicles the tumultuous working and romantic relationships of photographer Man Ray and model-turned-photographer Lee Miller in early 1930s Paris…. Scharer’s brilliant portrayal of the complicated couple features a page-turning story and thrillingly depicts the artistic process.”

Marshall Sherrell (BA ’18, Creative Writing and Japanese), has won a 2019 Thomas R. Pickering Foreign Affairs Fellowship.  This prestigious award, administered by Howard University and funded by the US State Department, serves to support outstanding young people looking to establish careers in the US Foreign Service.  The UW Office of Merit Scholarships, Fellowships and Awards interviewed Sherrell about the award and his plans going forward: “In 5 years, I will be a Foreign Service Officer. For the first time in a long time, I don’t see my path forward as a stepping stone or transition to something else. I know what I want to do, and am going to put forth my best effort to be as effective as I can be in that capacity. I will be a Public Diplomacy Officer, and hope to be working in an educational capacity within that role.”  Marshall came to the UW through his job on the Bellevue College custodial staff.  Your author remembers Mr. Sherrell fondly from a composition class at UW – a sharp and thoughtful young man who made the room a better learning environment for all.  Every faculty member who’s had the privilege of acquaintance (Bawashi, LaPorte, Taylor, et al.) could not be more excited for Marshall’s well-deserved success!  Read the Office of Merit Scholarships’ interview with Marshall Sherrell here.

Laura Sims (MFA, 2000) read from her debut novel, Looker, at Third Place Books on March 28. Looker has been called “A dazzling, razor-sharp debut novel about a woman whose obsession with the beautiful actress on her block drives her to the edge.” It’s been widely praised in both literary and popular circles (see this long-form book review in The New Yorker), and is currently being developed as a tv series by Emily Mortimer.  Sims is the author of four books of poetry and a book of correspondence with the novelist David Markson.

Elise Stephens, née Saba (BA ’07, Creative Writing) graduated with a short and powerful list of distinctions: the UW President’s Medal, Phi Beta Kappa, English Honors Society, and president of the campus swing dancing club.  Among those aware of Stephens’ achievements at that time, the consensus was certainly that she was not yet finished.  Elise recently contacted the department to confirm just how right we were: “I was recently awarded First Place in Writers of the Future, a global science fiction and fantasy writing contest. Just wanted to share the exciting news with the department that gave me my writing degree!”

The Writer of the Future Award motto is “of all the writing contests out there, this one launches careers!”  True though that might be, we’d like to think that most of the credit goes to Elise herself, with a tiny sliver reserved for the good ol’ English Department at UW.  Please check out Elise Stephens already deep catalog of well-reviewed sci-fi and fantasy for a more detailed impression of her writing, including video of Ms. Stephens reading a five-minute excerpt from her recent novel, Forecast.

And finally the English Department is delighted to announce that Elissa Washuta (MFA ’09), Assistant Professor at The Ohio State University, was just named recipient of a 2019 Creative Capital Award.  The award supports Professor Washuta’s book project White Magic: “White Magic is a personal essay collection about heartbreak, sexual violation, and the artist’s process of becoming a powerful witch. Surrounded by cheap facsimiles of Native spiritual tools and occult trends, Elissa Washuta learns to embrace the spirit powers and desperation witchery of her dispossessed and discarded Cowlitz, Cascade, and Appalachian ancestors.”  Fun fact: Elissa was the inaugural Fremont Bridge Writer in Residence.  Yes, you read correctly, Washuta had a writing studio set aside for her in the northwest tower of the Fremont Bridge.  Read more about that experience in this UW News interview.  Congratulations Elissa!