On Monday June 3rd, Ahmad A. Alharthi and Holly Shelton will be facilitating a discussion titled: "What Might a Translingual Pedagogy Look Like?" for the Teacher Talk Series.

Below is a description of this teacher talk's focus:

The scholarship on translingualism strongly insists that no two classes can be the same (and, indeed, no two students are alike) and, as such, a translingual orientation to language will and should feature differently in each class, making the idea of suggesting a translingual pedagogy (that is widely applicable) impossible and unrealistic. While this is true, that stance has widened the gap between theoretical explorations and pedological practices of translingualism, leading the latter to continue to seriously lag behind the former. In order to advance the conversation on translingualism, what is needed is a continuous interaction and genuine reciprocity between conceptualization and action through a process of trial and error done in the classroom; experiment and feedback given by students and teachers involved in that process. With that in mind (while fully acknowledging the specificity of each class), this workshop discusses a few suggested possibilities for enacting translingulism as used in our own classrooms. Participants are invited to give feedback to those suggestions, and to bring to the table pedagogies with a translingual focus from their own classrooms.

Please see the flyer below as well: 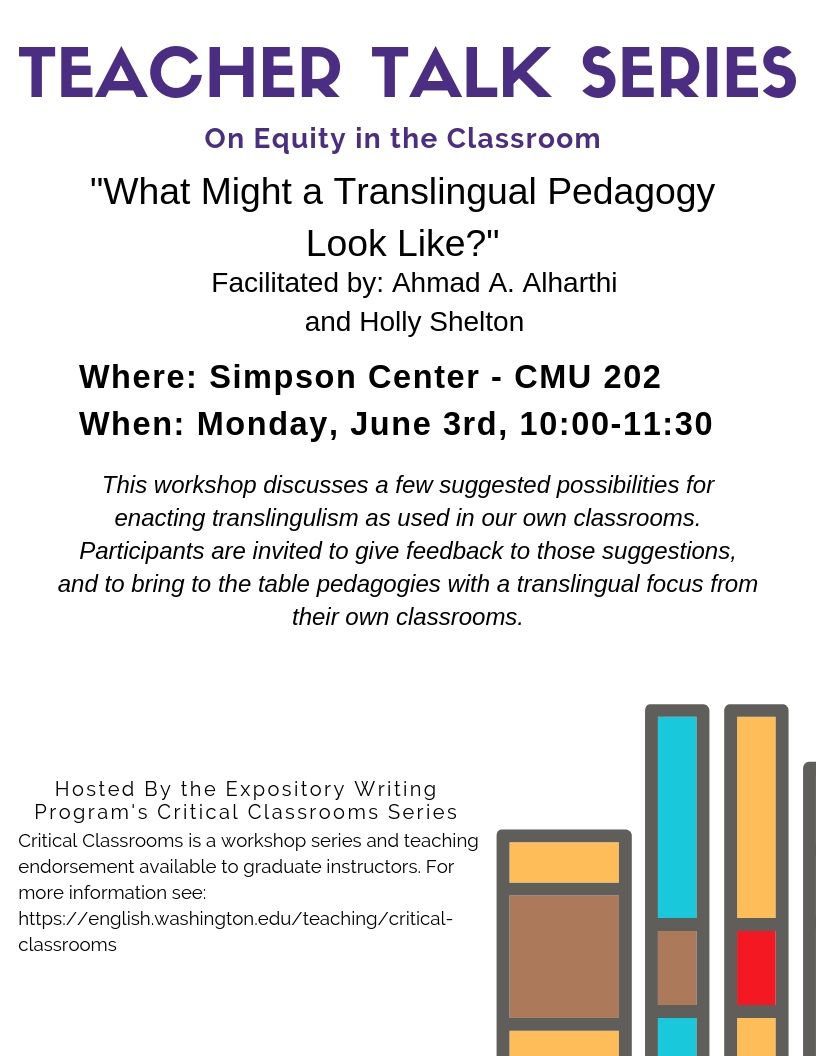