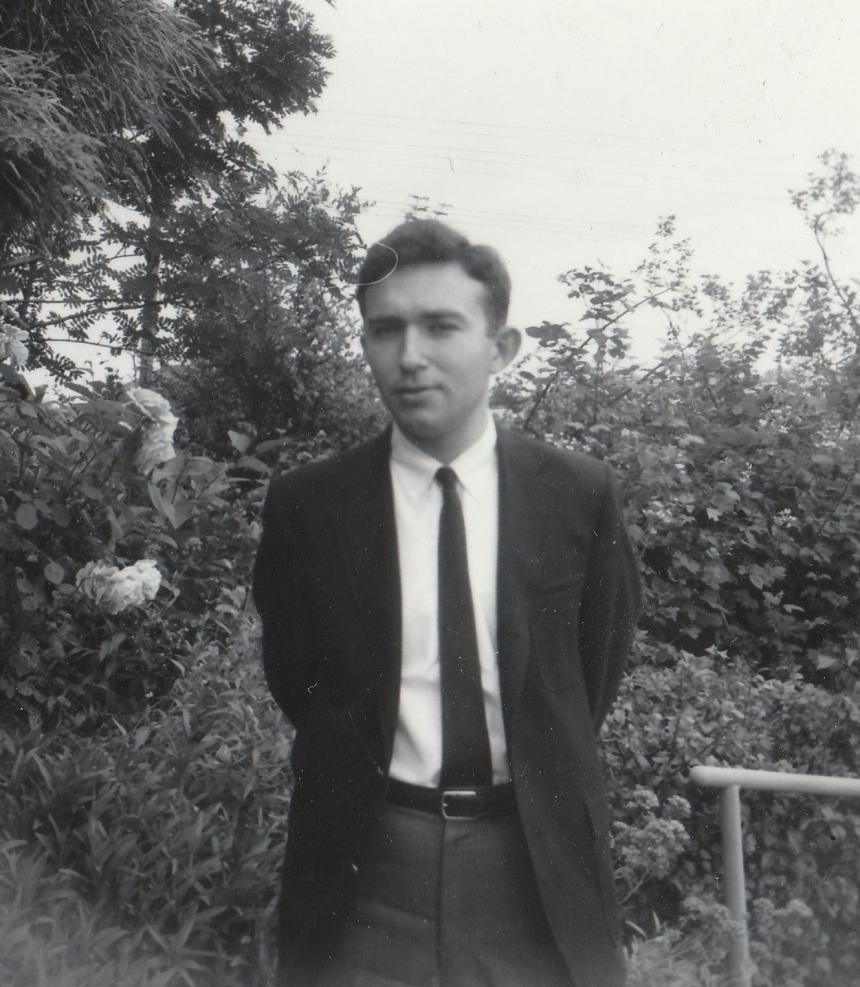 Professor Edward Alexander in June of 1965

First, to be clear. Professor Edward Alexander who taught in the English Department from 1960 to 2004 and died in Seattle on August 22, 2020, was always, simply “Eddie” to his friends and family, including his beloved wife Leah who preceded him in death by 3 years and his daughter Rebecca and his son David.  Since it is as a friend—and a colleague—that I write, I will use the appropriate name, and I will lay down my credentials right away. I met Eddie in 1967 when I was a graduate student at Harvard and he was teaching summer school at Tufts where the English Department was chaired by Robert Stange whom we had both known at the University of Minnesota. Eddie was a graduate student at Minnesota shortly before I entered as an undergraduate. By 1967 we had both studied Victorian Literature with same professor, but the great Carl Yastrzemski and the Boston Red Sox took our attention away from John Stuart Mill and Matthew Arnold that summer in the bleachers--$2 a seat—at Fenway Park. Three years later, with Eddie my advocate, I joined him in the English Department at the University of Washington where our shared interests continued to determine much of what both of us would do thereafter. Eddie had arrived in Seattle a decade earlier, as young as they come, after an undergraduate career at Columbia University (out of Brownsville, Brooklyn) and a PhD at Minnesota. Always in a hurry, he was a full Professor when we met in Boston. His work at that time turned on the higher journalism of Victorian England—mostly Mill and Arnold.  Mill and Arnold, Bagehot and Huxley and their kin all cut their teeth on journalism and the current conflict of ideas; they never abandoned controversy. And it is not far-fetched to say that a Jewish boy from Brooklyn would find his first intellectual home in that world. He was only following his models. He and Lionel Trilling, his early mentor at Columbia, both wrote their first books about Matthew Arnold, Trilling in 1939, Eddie in 1965. Another friend, Irving Howe,  mixed his study of Victorian fiction with his own feisty journalism and his Judaism. Eddie would publish a book about Howe (Irving Howe: Socialist, Critic, Jew) in 1988 and another on Howe and Trilling in 2009.

Though Eddie can’t be said to have left one field for another, he began in the early 1970s to devote enormous energy to generating a Jewish Studies Program at the University of Washington along with the distinguished Stroum Lectureship where one of the first and most impressive speakers was his friend Irving Howe. It was an amusing friendship to witness: mutual respect, amiable argument, frequent differences and a shared passion for the promotion of Jewish literature and culture. Although Eddie would carefully untangle “Classical Liberalism and the Jewish Tradition” (the title of a book that he published in 2003), I believe that he and the “socialist” Irving Howe and many of the intellectuals who bridge their generations shared a commitment to at least one tenet of the classical liberalism whose parent was the other subject of Eddie’s first book, John Stuart Mill: free-wheeling argumentation is the best path to something like the truth. Eddie loved a debate. He brought literary elegance—and more than a pinch of acid—to the argument. One ingredient sometimes out-did the other, but the case he made was always compelling. 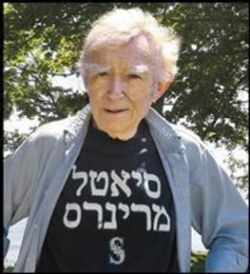 And now back to baseball. If a major slice of American political and literary production in the 20th century began in Brooklyn, so did the Dodgers. For Eddie Alexander, Jackie Robinson’s arrival in Brooklyn as the first Black ballplayer in the big leagues was matched in importance only by the advent of the State of Israel at the same time. 1947, 1948. Eddie was a passionate partisan of both the Dodgers and the State of Israel and vigorous critic when either wavered from what he took to be their standards. Of course, that included his dismay with the Dodgers when they abandoned Brooklyn in 1957, the same year that Eddie left New York for Minneapolis and then Seattle. A photograph that accompanied a published obituary shows Eddie smiling slyly in a tee-shirt engraved with Hebrew letters. Sound them out, and you find that the two words do not come from any orthodoxy, religious or political. It simply says, in Hebrew lettering, “Seattle Mariners.”