Now that we find more time at home to read, English Matters’ mind’s eye sees thousands of alums nervously watching “read next” stacks reduced from skyscrapers to single story.  We’re here to help!  English professors, after all, are people who for a living tell other people which books to read.  And in case it isn’t apparent (it is), we heartily enjoy doing so.  So trust our recommendations below to restock your stacks with quality companions.  Happy reading! 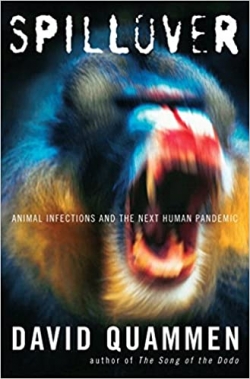 Kathleen Woodward, director of the Simpson Center, recommends Spillover: Animal Infections and the Next Human Pandemic by David Quammen.

In February of 2020 Woodward wrote for the UW Simpson Center for the Humanities’ website an uncanny recommendation of Quammen’s prescient book:

“The numbers have mounted every day since China first began announcing them. As I write this, the New York Times reports that in China deaths from the coronavirus—named COVID-19 by the World Health Organization—have reached at least 1,113, with the number of cases confirmed rising to 44,653. Where can we turn for an informed and compelling perspective on what will almost surely become a pandemic? I recommend science writer David Quammen’s Spillover: Animal Infections and the Next Human Pandemic, a book written for a broad public that was published in 2012." 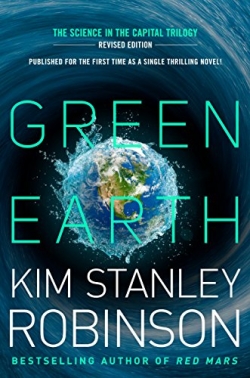 I recently finished Kim Stanley Robinson's Green Earth, the omnibus version of his "Science in the Capital" trilogy. Weighing in at 1000 pages, it's a hefty tome, at home on a shelf next to Dickens or Tolstoy. It's also spectacular -- the most ambitious (and successful) work of "cli fi" I've read to date, insofar as it explicitly takes up the challenge of modeling the Earth System in fiction.

Green Earth is set in that other Washington, DC, at an unspecified (but proximate) future date. Atmospheric CO2 has surpassed 500 ppm. Drastic climate change has taken hold, the Gulf Stream has stalled, and the world is rocked by extreme weather events from massive flooding to deep freezes that render DC equivalent to "Antarctica or the Himalayas." The book’s focus on the National Science Foundation is particularly interesting, since it enables a kind of ethnography of scientific practice (and its funding mechanisms), that turns into a thought experiment showing what it would look like if politicians actually followed scientists' advice. Subplots involve election hacking, escaped animals from the National Zoo going feral in Rock Creek Park, the mantras of daycare ("you get what you get, and you don't pitch a fit"), and lots and lots of frisbee golf.

While Kim Stanley Robinson is known for science fiction, what I love about this novel is its realism: despite some improbable events, it also seems so very plausible. Indeed, while reading Green Earth, I found myself forgetting that the political mobilization to address the climate crisis it describes was *only* happening in the novel, and wondering why they weren't cropping up in the Seattle Times. As such, it makes for fabulous reading when we all need a little help imagining that response -- and the planetary future that goes with it -- into being. 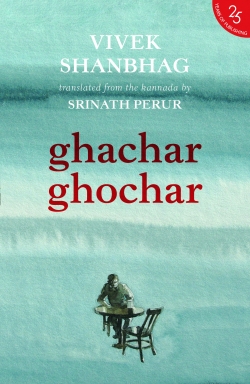 Vivek Shanbhag’s Ghacher Ghochar is a tight little novel zeroing in on the narrow particulars of one small, disfunctional family’s drama as they rise from relative poverty to relative wealth.  In so doing, the book quietly expounds on a broad range of themes, both universal and specific to Bangalorean culture.  I like many things about Ghachar Ghochar: its Faulknerian family relations, its Achebe-like ability to express the political obliquely through the personal.  My favorite aspect of the book, though, is how expertly Shanbhag uses classic narrative structures to remain accessible and create broad meaning in limited space, while at the same time never being pat, nor determined, nor closed.  The following early passage synecdochically reproduces the Ghacher Ghochar in total -- it might reflect the ordinary, but is a deceptively deep well to which an interested reader could repeatedly return:

“Someone else in his place might say the couple is breaking up, or speculate that the man has been unfaithful.  He might even observe that this is the first time the young woman has ordered a drink.  Not our Vincent.

“He bends down and says, ‘Sir, one story, many sides.’

“Had Vincent taken on a grand name and grown a long, shimmering beard, he’d have thousands of people falling at his feet.  How different are the words of those exalted beings from his?  Words after all are nothing by themselves; they burst into meaning only in the mind they’ve entered.  If you think about it, even those held to be gods incarnate seldom speak of profound things. It’s their day-to-day utterances that are imbued with sublime meanings.  And who’s to say the gods cannot take the form of a waiter when they choose to visit us?” 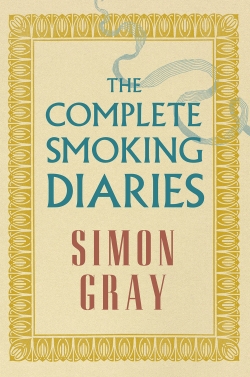 A man, whose friends are dying and who by the fourth volume is dying himself, stands before us utterly naked and takes account: Rembrandt’s late self-portraits, in prose. The gravitation is to always make himself look bad and, in so doing, of course, he renders himself loveable. Each book is held together by an understated but brilliantly deployed metaphor. An entire life, an entire way of thinking, comes into being. Having read the Diaries, I feel less lonely.