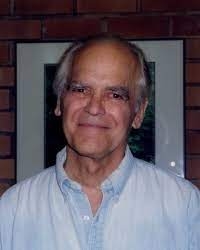 It is with sadness that we report the passing on December 18 of Emeritus Professor David Wagoner.  Professor Wagoner was a faculty member in the department from 1954 until he retired in 2002, earning international acclaim as a poet and novelist.  In his prolific career, he published twenty-four collections of verse, many award winning, including the Ruth Lilly Poetry Prize, two Pushcart Prizes, and the Academy of Arts and Letters Award.  He was nominated twice for the National Book Award (for Collected Poems 1956-1976 and In Broken Country). The author of ten acclaimed novels, Professor Wagoner’s fiction has been awarded the Sherwood Anderson Foundation Award. In addition to being awarded the Pacific Northwest Booksellers' Association's William Stafford Memorial Award and Guggenheim fellowship, Professor Wagoner also received fellowships from the Ford Foundation and the National Endowment for the Arts.  From 1978 through 2000, he was a Chancellor of the American Academy of Poets, replacing Robert Lowell, and was the editor of Poetry Northwest from 1966 until 2002.

After retirement, Professor Wagoner remained an active teacher of poetry workshops and classes in association with the Richard Hugo House and the MFA program at the Northwest Institute of Literary Arts on Whidbey Island. In 2008, he began work as a Woodrow Wilson Visiting Fellow, visiting campuses around the country to teach week-long poetry workshops.