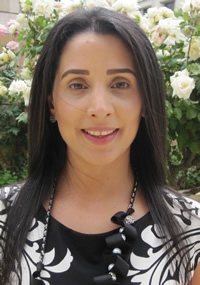 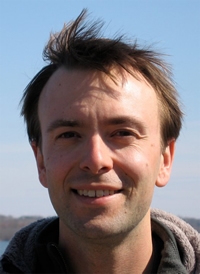 Nancy Bou Ayash is an assistant professor joining the English Department’s Language and Rhetoric faculty. She holds a PhD in rhetoric and composition from the University of Louisville and an MA in applied linguistics from the American University of Beirut. Her areas of specialization involve: composition theory and pedagogy, second and/or foreign language writing, language policy and planning, World Englishes, and English as a lingua franca. She brings to her work at UW extensive experience in studying the language and literacy practices of students from diverse cultural and linguistic backgrounds. Her research explores how language diversity in multilingual societies is addressed in institutional language policies, the design of undergraduate writing curricula, and pedagogical and assessment practices in writing courses. Bou Ayash’s dissertation, Translingualism in Post-Secondary Writing and Language Instruction: Negotiating Language Ideologies in Policies and Pedagogical Practices, won the James Berlin Outstanding Dissertation Award from the Conference on College Composition and Communication (CCCC). Inspired by her research in translingual literacy education (which understands the multiple languages students bring to the classroom as resources, rather than problems), she is interested in developing pedagogical approaches and curricular designs that respond to the effects of global social change on language use in academic writing.

Jesse Oak Taylor comes to UW as an assistant professor from the University of Maryland, where he held an ACLS New Faculty Fellowship after receiving his PhD from the University of Wisconsin-Madison in 2010. Taylor’s work focuses on Victorian, colonial, and postcolonial literature and the environmental humanities. He is completing a book tracing the conceptual emergence of climate change in representations of the London fog. The book argues for the central role of narrative and aesthetics in coming to terms with an environment in which everything, including the weather, bears the imprint of human action. In the process, it examines the relationship between “atmosphere” in its literal and literary senses, and “climate” as both a meteorological and historical phenomenon. An excerpt appeared in the Spring 2013 issue of Novel: A Forum on Fiction. Taylor’s work has also appeared or is forthcoming in journals such as Literature and Medicine, Mosaic, English Literature in Transition 1880-1910, and Conradiana. Taylor is coauthor (with Daniel C. Taylor and Carl E. Taylor) ofEmpowerment on an Unstable Planet: From Seeds of Human Energy to a Scale of Global Change (Oxford, 2012). He is also a recipient of the Bruce Harkness Young Scholar Award from the Joseph Conrad Society of America.