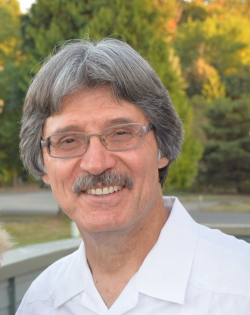 Professor Juan Guerra is retiring.  Below his close colleague, English Department chair Anis Bawarshi, pays tribute to the ephemeral specialness and to the concrete certainty of a remarkable legacy left in Language, Literacy, Rhetoric and Composition.  English Matters advises you to take a moment for this warm homage to a great contributor to our campus community and beyond.  Thank you Anis, and congratulations Juan!

Writing this retirement tribute to my dear friend and colleague, Juan Guerra, was more difficult than I anticipated.  I could describe Professor Guerra’s prodigious accomplishments and contributions, his life- and place-changing presence, but I am not nearly enough of a poet, it turns out, to describe the way his intellect is deeply rooted in relationship and reciprocity, the calm kindness of his wisdom, the largeness of his care, and capacity to hold space for others’ stories and experiences.  He is, in his vocation and his mode of being, the best kind of ethnographer: Understanding what it means to listen, and listening to understand.  If you have spent time with Juan you know this—he pays attention to everything, on its terms of relation.  This attunement permeates his research, scholarship, teaching, mentoring, leadership, and service.  I have never met someone who has made such a profound difference with such little imposing of ego.  Indeed, Juan has a rare and generous gift: that when you are talking to him, he inhabits and engages your ideas so carefully, articulates them and their implications more richly than you were able to, and then leaves you experiencing that you were actually the one who had formulated them.

Like so many others, my life has been enriched by having come to know Juan.  For those who have felt out of place in academia and the university, Juan has helped us feel, in the words of his second book’s title, close to home.  When I first met Juan (he and his wife Diane welcomed us to stay with them when we arrived in Seattle in 1999, and they became our first sense of home here), he described a sense of being a “resident alien” in the university.  This sense of being in and out of place, rooted in being born in a labor camp and growing up in a housing project in the south Texas border town of Harlingen, gave Juan unique insight into the nature of boundaries that he spent so much of his career studying. Alberto Ríos describes a border as “the act of a thousand imaginations.” And Juan’s career is in part about understanding and negotiating what this means.

In his scholarship over the last few years, he resists binary modalities of border-being such as life in the “either/or” (exclusionary) or the “both/and” (pluralism), and offers instead other imaginings rooted in what he calls life in the “neither/nor,” a modality of being that requires complex, continuous negotiations.  And in so much of his work (as scholar, teacher, mentor, community partner, leader) he has not only helped others understand this experience but also develop the navigational tools to move across intersecting boundaries, communities, identities, memories, and histories with agency, care, resilience, and meaning.

In his forty-seven year career (thirty years at the University of Washington and before that seventeen years at the University of Illinois at Chicago), Juan amassed an extraordinary record of research, teaching, mentorship, and administrative leadership that has enriched and transformed the profession, the programs he has served, and the countless students and colleagues he has taught and mentored.  The depth and breadth of this research, alone, is astounding, drawing from scholarship in geography, anthropology, education, philosophy, critical race theory, globalization, literacy, phenomenology, memory research, applied linguistics, multimodality and new media studies.

He has served in nearly every mentoring and leadership position one can imagine, locally and nationally.  Before serving as chair of the Department of American Ethnic Studies, Juan served as the English department’s Director of Writing for students in the Educational Opportunity Program, where he brought to administration his research on writing and linguistic difference.  Within the English department, he also served as Director of the Expository Writing Program, during which he successfully revised the TA pedagogy seminar in ways that continue to inform the way it is taught to this day, and later served as Director of Graduate Studies.   After his EWP directorship, he served as co-director of the Teachers for a New Era program in the College of Education, a five million dollar Carnegie grant aimed to transform teacher education.  After that, he became Associate Dean of the Graduate School and Director of the Graduate Opportunities and Minority Achievement Program, as well as Assistant Vice-Provost for Student Affairs and Diversity.  Juan was also co-PI with Jose Antonio Lucero on a grant from the Mellon Foundation for a Sawyer Seminar entitled “Beyond Walls and Wounds: Culture, Politics, Security in the Borderlands of the Americas.” Four years ago, Juan co-founded, along with Gino Aisenberg and Cynthia Morales, the annual Latinx Faculty Recognition Event, at which he and other leaders were recently honored, including by President Ana Mari Cauce.  Juan was also honored for his career achievement with a Special Recognition Award in the recently published book by Ricardo Gomez, Latinx Experience in Academia: Charting the Paths of Latinx Faculty at the University of Washington.

Nationally, Juan has given so generously of his time to mentoring students and young scholars as well as serving on professional committees and editorial boards through the National Council for Teachers of English, the Conference on College Composition and Communication, and other organizations, not to mention the many dozens of times he has served as external promotion reviewer, program reviewer, and manuscript reviewer. He twice served as a member of the advisory board for the influential Studies in Writing and Rhetoric book series, as well as a member of the editorial boards for three highly acclaimed journals in his field: College Composition and Communication, Research in the Teaching of Writing, and Pedagogy: Critical Approaches to Teaching Literature, Language, Composition and Culture. Juan has also served twice on the College Composition and Communication Conference’s Outstanding Book Award Selection Committee, once as chair; once on the National Council of Teachers of English’s College Section Executive Committee; and twice on NCTE’s Outstanding Essay in College English Selection Committee.

Most impactful, he was elected by NCTE members as a Trustee of the Research Foundation, for which he served for four years, two as Chair.  He also served as a mentor for sixteen consecutive years (including six as program director) on the Foundation’s Cultivating New Voices Among Scholars of Color program—one of the most successful mentoring programs in the country for scholars of color transitioning from graduate school to tenured positions in English and Education Studies.  Juan will continue to serve as CNV mentor in his retirement.  One cannot overstate the impact of CNV or the intense intellectual commitment it involves, which includes an annual full-day working institute, an annual working institute for fellows and mentors at a host university, two of which Juan hosted at the UW, and a two-year mentoring relationship with a CNV fellow.

Beyond the profession, and building on experiences he gained in 1978 when he worked with a coalition that founded the Association of Latino Workers that later became the Latino Committee on University Affairs at the University of Illinois, Chicago, Juan was a co-founder in 1993 of CASA Latina, an organization that supports undocumented Latino workers in Seattle.  Last year, CASA Latina celebrated its twenty-fifth anniversary. In 2004, working with another coalition, Juan helped found Campaña Quetzal, whose goal was to intervene in the public schools of Seattle to support Latino children and their families.

Juan’s mentoring, coalition mobilizing, and capacity building leadership is a legacy that has transformed and will continue to transform our profession, institutions, and community towards equity and justice.

Before I met him, I had already studied Juan’s scholarship in graduate school.  His research on trans-cultural literacy made him a leading scholar in composition and literacy studies, evidenced by his many influential publications in both fields’ most prestigious journals, presses, and by the extraordinary number of keynote, plenary, and featured lectures he has been invited to present.  In reflecting on Juan’s career, Deborah Brandt, a preeminent scholar in literacy studies, wrote: “I would rank Juan Guerra among the most important capacity builders in our field, someone who is giving us conceptual and methodological tools and innovations that are moving the field in ways it must move to stay relevant to these times and serving as an important guide to entering scholars.”

A focus on the theory and practice of writing across difference has been the through-line that has guided much of Juan’s work; along the way, the results of his work have not only helped to shape some of the most important conversations in the field about how to help students navigate and negotiate their way through their educational experiences; they have, in fact, portended where the field has gone, often years ahead, as we see in the case of his much-cited 1997 coedited collection Writing in Multicultural Settings as well as his 1998 book Close to Home: Oral and Literate Practices in a Transnational Mexicano Community.  Particularly groundbreaking and generative has been his work on the critical practice of “transcultural repositioning,” a concept that he first introduced in 2000 and expanded in several articles and book chapters after that, including his book chapter “Putting Literacy in its Place: Nomadic Consciousness and the Practice of Transcultural Repositioning,” which was anthologized in the collection The Norton Book of Composition Studies, the most frequently used and comprehensive anthology in composition studies. 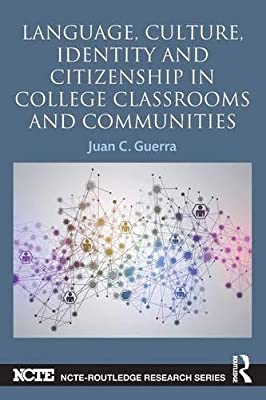 As one example of its generative power, Juan’s concept of transcultural repositioning became the foundation upon which the University of New Mexico’s Writing Across Communities program was built. His most recent book (Language, Culture, Identity and Citizenship in College Classrooms and Communities) examines the capacity for writing classrooms to engage students in navigating the civic, political, social, and cultural spheres they inhabit.  It presents a conceptual framework for imagining how writing instructors can institute campus-wide initiatives, such as Writing Across Communities, that attempt to connect the classroom and the campus to the students' various communities of belonging, especially students who have been historically underserved.

Here, too, Juan’s work challenges unidirectional perspectives that imagine literacies as moving from and to, offering instead an approach to what he calls the critical practice of writing across difference that acknowledges and honors the value inherent in the full repertoire of linguistic, cultural, and semiotic resources students use in their varied communities of belonging.  In so doing, Juan’s work reminds us, in his words, that “in the end, it is students and not their teachers who must decide how to navigate and negotiate the curricular and pedagogical spaces they inhabit in varied classrooms, campuses and communities over the course of their everyday lives.”

There is a profound sense of generosity in this approach to teaching, one rooted in respect and relationship and in a sense that the best teaching, mentoring, and leadership happens when we work alongside and learn with one another.  Perhaps it is Juan’s ability to do this that has helped him change so profoundly many of our lives without us being able to explain exactly how.