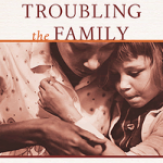 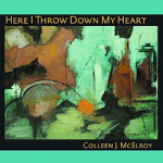 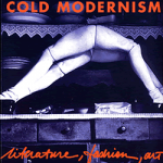 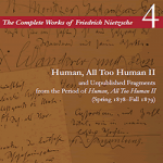 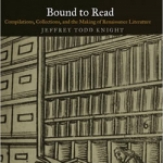 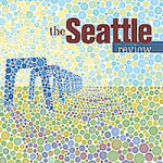 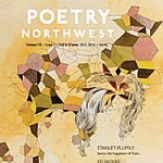 Edward Alexander’s latest book, The State of the Jews: A Critical Appraisal, has just been published by Transaction Publishers.

Jessica Burstein has published a new book, Cold Modernism: Literature, Fashion, Art (2012). From Coco Chanel and the impact of the little black dress on modernism to rereadings of Henry James and the photographs of Hans Bellmer’s sex doll, Burstein’s account of modernism seeks to recenter the field and awaken us to the aesthetic virtues of ignoring psychology and taking surface appearances seriously. “Cold Modernism is a wonderful book: insightful, erudite, and witty beyond words. I think it will have an enormous impact on modernist studies.” —Professor Douglas Mao, Johns Hopkins University.

Gary Handwerk’s translation of Nietzsche’s Human, All Too Human II has been published by Stanford University Press. Volume 4 of The Complete Works of Friedrich Nietzsche contains translations of two works originally published separately, Mixed Opinions and Maxims (1879) and The Wanderer and His Shadow(1880), along with notebook entries that offer a window into the intellectual sources behind Nietzsche’s evolution as a philosopher, and a translator’s afterword that sets these works in historical and biographical perspective.

Habiba Ibrahim has a new book, Troubling the Family: The Promise of Personhood and the Rise of Multiracialism (U Minnesota P). Troubling the Familyargues that the emergence of multiracialism during the 1990s was determined by underlying and unacknowledged gender norms. Ibrahim looks across historical events (beginning with the Loving v. Virginia case in 1967 when miscegenation laws were struck down) to reveal that gender was the starting point of an analytic that made categorical multiracialism, and multiracial politics, possible.

Monika Kaup has published a new book, Neobaroque in the Americas: Alternative Modernities in Literature, Visual Art, and Film (U Virginia P, 2012).

Colleen J. McElroy’s latest book of poetry, Here I Throw Down My Heart, has been published by the PittPoetry Series.

Heather McHugh has been collaborating with Adam Larsen on a film called Undersung, giving voice to long-term family caregivers for the severely disabled. These are generally women who have given up their own chances at professional training, advancement, hobbies, arts, leisure or even free time to take care of the relentlessly-demanding disability needs of family members. There is a film clip from three home visits at https://vimeo. com/48857774. The password is CAREGIFTED.

Brian Reed was promoted from Associate to Full Professor, Autumn 2012.

Bill Streitberger wrote a chapter on early theatre companies for The Oxford Handbook to Early Modern Theatre (Oxford UP, 2009), edited by Richard Dutton. The paperback edition (2011) has won the Elizabeth Dietz Memorial Award, granted annually by Studies in English Literature for the best book published in Early Modern Studies. It was chosen from among 200 volumes.

Míċeál Vaughan has accepted the Arts and Sciences Dean’;s request to chair the Comparative Literature Department as of Autumn 2012.

Shawn Wong has had a short film adapted from a scene in the novel he is currently writing, The Ancient and Occupied Heart of Greg Li. The film short was directed by Paula Bennett, produced by Drama Professor Andrew Tsao, and screened at several film festivals: Park City, Los Angeles, Tacoma, and Brooklyn.

Kathleen Woodward was elected to the Senate and Executive Committee of the national Phi Beta Kappa organization.