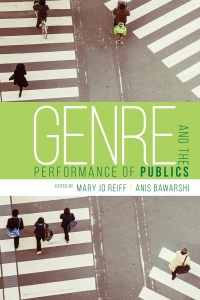 Genre and the Performance of Publics explores how genres such as blogs, vocational guides, jury instructions, petitions, news articles, dictionaries, public-health campaign websites, and various kinds of digital media contribute to the enactment and transformation of public life.  Chapters examine how genres develop within publics and how genres tend to mediate performances in public domains.  By exploring how genres shape the formation of publics, Genre and the Performance of Publics brings rhetoric/composition and public sphere studies into dialogue and enhances the understanding of public genre performances in ways that contribute to research on and teaching of public discourse. 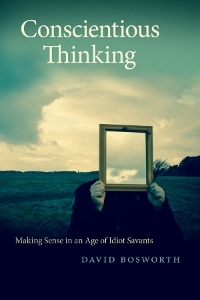 In Conscientious Thinking, David Bosworth cuts through all the noise of today’s political dysfunction and cultural wars to sound the deeper causes of our discontent. Americans are living, he argues, in a profoundly transitional era, one in which the commonsense beliefs of the first truly modern society are being undermined by the still crude but irreversible forces set loose by technology’s drastic revision of our everyday lives. He shows how this disruptive conflict between modern and post-modern modes of reasoning can be found in all advanced fields from art to medicine to science, and then traces its impact on our daily actions, including changes in the ways friends relate, money is made, crimes are committed, and mates are chosen.

Just as feudal values had to give way to a modern worldview that more effectively contained the new social reality generated by the printed book, so must our democracy reimagine itself in ways that can domesticate -- civilize rather than merely “monetize” -- a post-modern scene radically transformed by our digital machines. To that end, Conscientious Thinking supplies not only the means to make sense of our contentious times but also a provisional sketch of what a desirable post-modern America might look like. 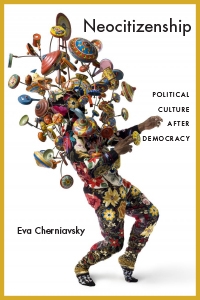 Neocitizenship explores how the constellation of political and economic forces of neoliberalism have assailed and arguably dismantled the institutions of modern democratic governance in the U.S.  As overtly oligarchical structures of governance replace the operations of representative democracy, the book addresses the implications of this crisis for the practices and imaginaries of citizenship through the lens of popular culture.  Rather than impugn the abject citizen-subject who embraces her degraded condition, Eva Cherniavsky asks what new or hybrid forms of civic agency emerge as popular sovereignty recedes.

Drawing on a range of political theories, Neocitizenship also suggests that theory is at a disadvantage in thinking the historical present, since its analytical categories are wrought in the very historical contexts whose dissolution we now seek to comprehend. Cherniavsky thus supplements theory with a focus on popular culture that explores the de-democratization for citizenship in more generative and undecided ways.  Tracing the contours of neocitizenship in fiction through examples such as The White Boy Shuffle and Distraction, television shows like Battlestar Galactica, and in the design of American studies abroad, Neocitizenship aims to take the measure of a transformation in process while evading the twin lures of optimism and regret. 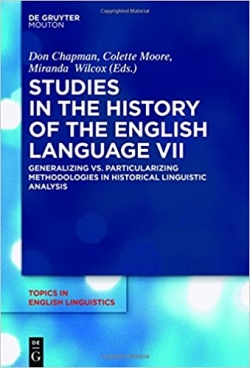 Studies in the History of the English Language VII looks at how historical linguists accommodate the written records used for evidence. The limitations of the written record restrict our view of the past and the conclusions that we can draw about its language. However, the same limitations force us to be aware of the particularities of language. This collection blends the philological with the linguistic, combining questions of the particular with generalizations about language change. Professional Identity Constructions of Indian Women analyzes the narratives of urban, North Indian women for the diverse ways in which they construct the impact of their medium of education – Hindi, English, or a combination of both – on varied aspects of their professional and personal lives. It examines how participants reinforce or interrogate firmly entrenched power hierarchies that have long elevated English in India. Adopting a social constructionist perspective, and treating oral narratives as impacted both by local interactional contingencies and by larger social contexts, this book provides a framework for the analysis of narratives told in qualitative research interviews. Sandhu uses stylization, mock languages, similes and metaphors, reported speech, and varied interactional cues to examine the intersectioanlity of power and identity within participants’ oral narratives. 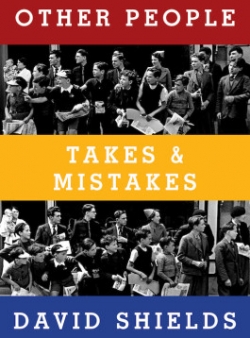 On February 21, David Shields’ twentieth book, Other People: Takes & Mistakes, was published by Knopf (“No one writes about the contradictions of American culture with more insight than David Shields”—Gerald Graff). On the same day, James Franco’s film of Shields’ (and former student Caleb Powell’s) book, I Think You’re Totally Wrong: A Quarrel, was released. In January, Shields attended the Sundance Film Festival to participate in a panel about the art of nonfiction and the influence of his book Reality Hunger upon contemporary documentary film.

Jesse Oak Taylor, The Sky of Our Manufacture: The London Fog in British Fiction from Dickens to Woolf (U Virginia Press, 2016).

The smoke-laden fog of London is one of the most vivid elements in English literature, richly suggestive and blurring boundaries between nature and society in compelling ways. In The Sky of Our Manufacture, Jesse Oak Taylor uses the many depictions of the London fog in the late nineteenth- and early twentieth-century novel to explore the emergence of anthropogenic climate change. In the process, Taylor argues for the importance of fiction in understanding climatic shifts, environmental pollution, and ecological collapse.