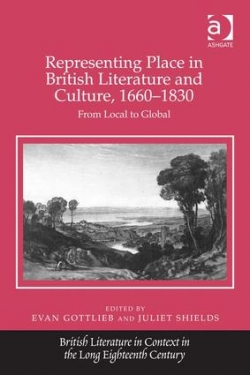 Revising traditional 'rise of the nation-state' narratives, this collection explores the development of and interactions among various forms of local, national, and transnational identities and affiliations during the long eighteenth century. By treating place as historically contingent and socially constructed, this volume examines how Britons experienced and related to a landscape altered by agricultural and industrial modernization, political and religious reform, migration, and the building of nascent overseas empires. In mapping the literary and cultural geographies of the long eighteenth century, the volume poses three challenges to common critical assumptions about the relationships among genre, place, and periodization. First, it questions the novel’s exclusive hold on the imagining of national communities by examining how poetry, drama, travel-writing, and various forms of prose fiction each negotiated the relationships between the local, national, and global in distinct ways. Second, it demonstrates how viewing the literature and culture of the long eighteenth century through a broadly conceived lens of place brings to the foreground authors typically considered 'minor' when seen through more traditional aesthetic, cultural, or theoretical optics. Finally, it contextualizes Romanticism’s long-standing associations with the local and the particular, suggesting that literary localism did not originate in the Romantic era, but instead emerged from previous literary and cultural explorations of space and place. Taken together, the essays work to displace the nation-state as a central category of literary and cultural analysis in eighteenth-century studies.