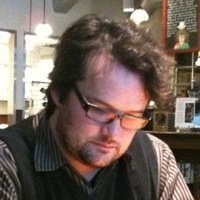 My independent study has consisted of a close examination of several sets of late eighth century Anglo-Saxon linked Latin glossae collectae preserved in Leiden, Universiteitsbibliotheek, Vossianus Latinus Quarto 69 that treat upon non-biblical texts. In particular, my work has focused upon the relationship of these word-lists to the famed seventh century school of Archbishop Theodore and Abbot Hadrian at Canterbury in an effort to gain insight into the nature of the manuscripts taught by the magisters there. Working to reconstruct the contents of the library at the Canterbury school and some portion of the pedagogical tradition found there strikes me as a particularly fascinating problem and one which I hope to help unravel. Over the course of the project, I have conducted extensive research concerning the texts represented by the fragments preserved in the glossae collectae, reviewed existing scholarship regarding the school at Canterbury and the texts studied there, and have consulted with my mentor, Dr Remley, at least once a week to review and discuss my findings.

Participating in an independent study has had a significant impact upon my academic career and has enriched my experience within the English department at the University of Washington. As a member of the 2010-11 English Honors cohort, the work that I conducted as part of my independent study formed the foundation of my Honors thesis.