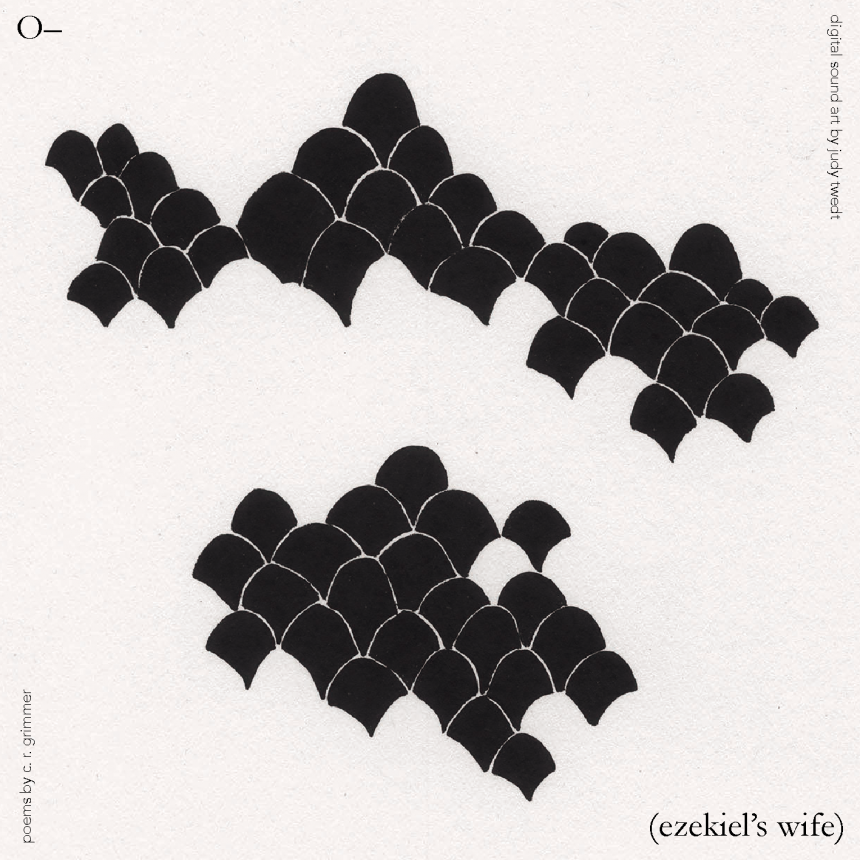 O—(ezekiel's wife) is a collection of poems by C.R. Grimmer, accompanied by the artwork series "Hewn Fruit" by Colleen Burner.

Audio recordings of these poems, read by the author C.R. Grimmer, are accompanied by digital soundscapes by sound artist Judy Twedt. The auditory tapestries, inspired by each poem, use recorded, synthesized, and algorithmically generated sounds -- both recognizable and not --  interwoven to evoke image, place, and movement. The sounds play with the spoken word, at times with mimicry and reflection, at times with repetition or cacophony, in contestation of she/they who was/is unnamed

O’s (they/them or she/her) story comes out of a network. Their smallest start branches out of a series in The Lyme Letters that sort through nonbinary, queer, crip, and femme experiences in Biblical master narratives across Judeo-Christian texts. First and foremost, then, this start comes out of the unnamed, “marked ungrievable” spouse of the prophet Ezekiel, who inspired the character O.

A shape after a shape is a shape after a shape. Hewn Fruit is a series of spontaneous compositions that play with how a repeated flat shape can show facets, dimension, depth, and space. The repetition initially was an attempt to exorcise anxiety and fixation, a sort of stand-in for recurring thoughts that could be piled up within the bounds of a page and shift back and forth between a united object and a more diffuse mass. The shape in question is nothing in particular, a bit of roundness rising up or stacking behind, clutching like eggs or pulled down into peaks like soft mud. Or perhaps they are dark and open mouths, bearing the sounds of "O."

Both C.R. Grimmer and Colleen Burner have been generous enough to donate their royalties of the book to The Florence Project. This foundation's mission is to, "provide legal aid to men, women, and children who are in immigration custody in Arizona." You can learn more about their organization here: https://firrp.org/who/mission/